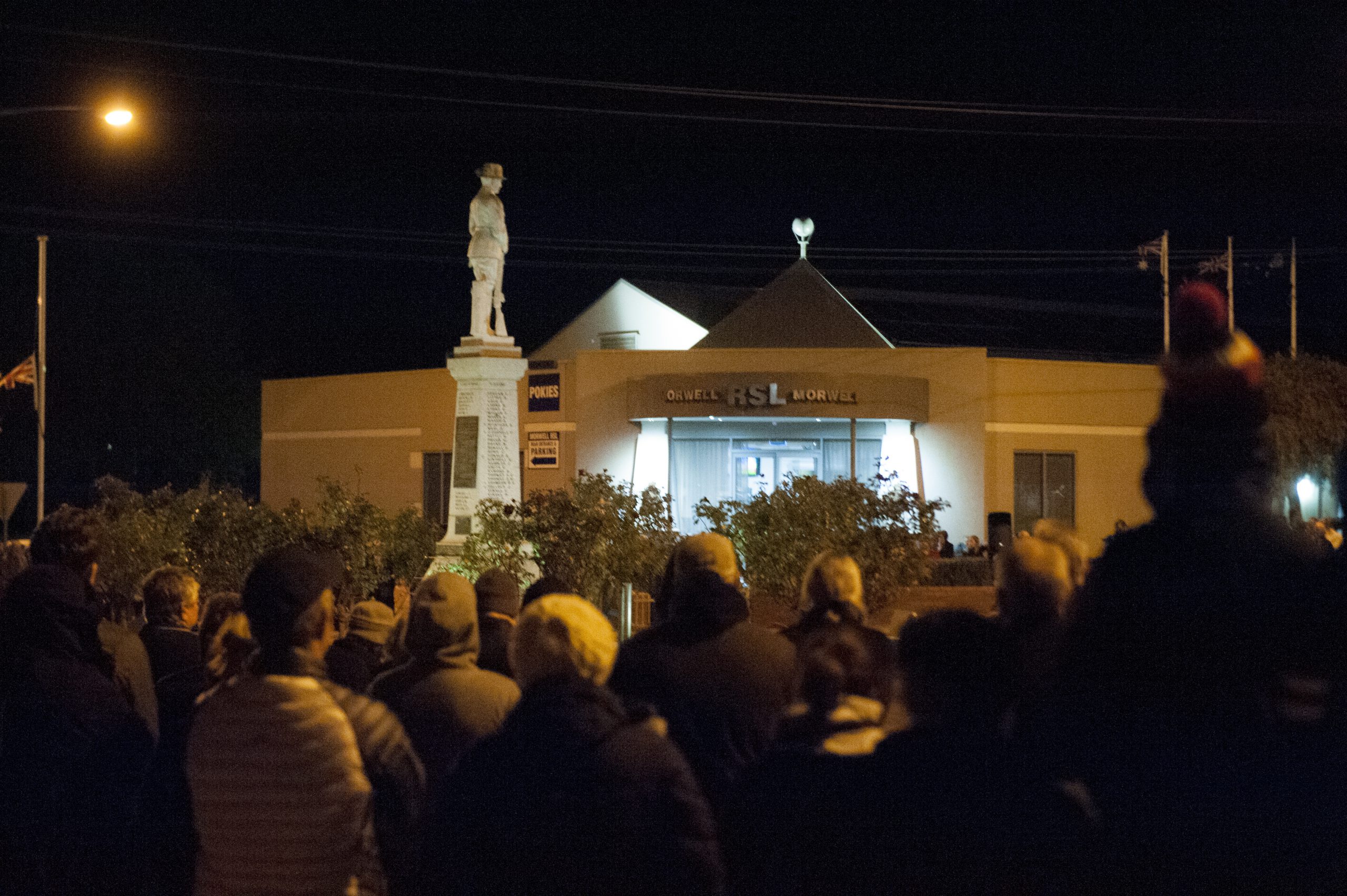 Anzac Day will look a lot different this year with local services cancelled while some RSL sub-branches are inviting the public to lay wreaths at local cenotaphs while maintaining COVID-19 rules.

Aussies are instead being asked to honour the nation’s diggers by standing in their own driveways at 6am for a combined dawn service.

Morwell RSL president Wayne Hutchinson said the sub-branch would be holding a dawn service that would be closed to members of the public.

He said there would be no official RSL services at Yinnar or Churchill, but people could still lay wreaths at their town cenotaphs if they maintained social distancing rules.

The Traralgon RSL is also welcoming locals to lay a wreath, so long as they maintained COVID-19 restrictions.

Traralgon RSL president Ron Culliver said he hoped others would follow him by standing in their driveway at 6am.

He said the Traralgon branch would normally attract about 600 or 700 people to its dawn service with “many more” attending the 10.30am main service.

“This the diggers’ one day of the year, but they understand the situation. We are still working with veterans and their families even though the clubs are shut,” Mr Culliver said.

“It’s a little bit sad, as it’s usually a big day for the RSL with a big breakfast after the dawn service but this won’t be happening.”

Mr Culliver said this year’s Anzac Day fundraising was also down as schools were a traditional source of selling Anzac Day badges to raise funds for the RSL.

He said people could still keep an eye out for Anzac Day badges at some local supermarkets.

Moe RSL general manager Beth Wilson said flags would be flown at half-mast and the last post would be played as part of an informal service inside the venue closed to the public.

RSL Victoria will hold a single dawn service at the Shrine of Remembrance with a small number of official guests, however, the public will be asked not to attend

The Melbourne Anzac Day march and midday service at the Shrine is also cancelled.

RSL Victoria state president Robert Webster this was is not a decision that the RSL took lightly, but public health and safety must be a priority.