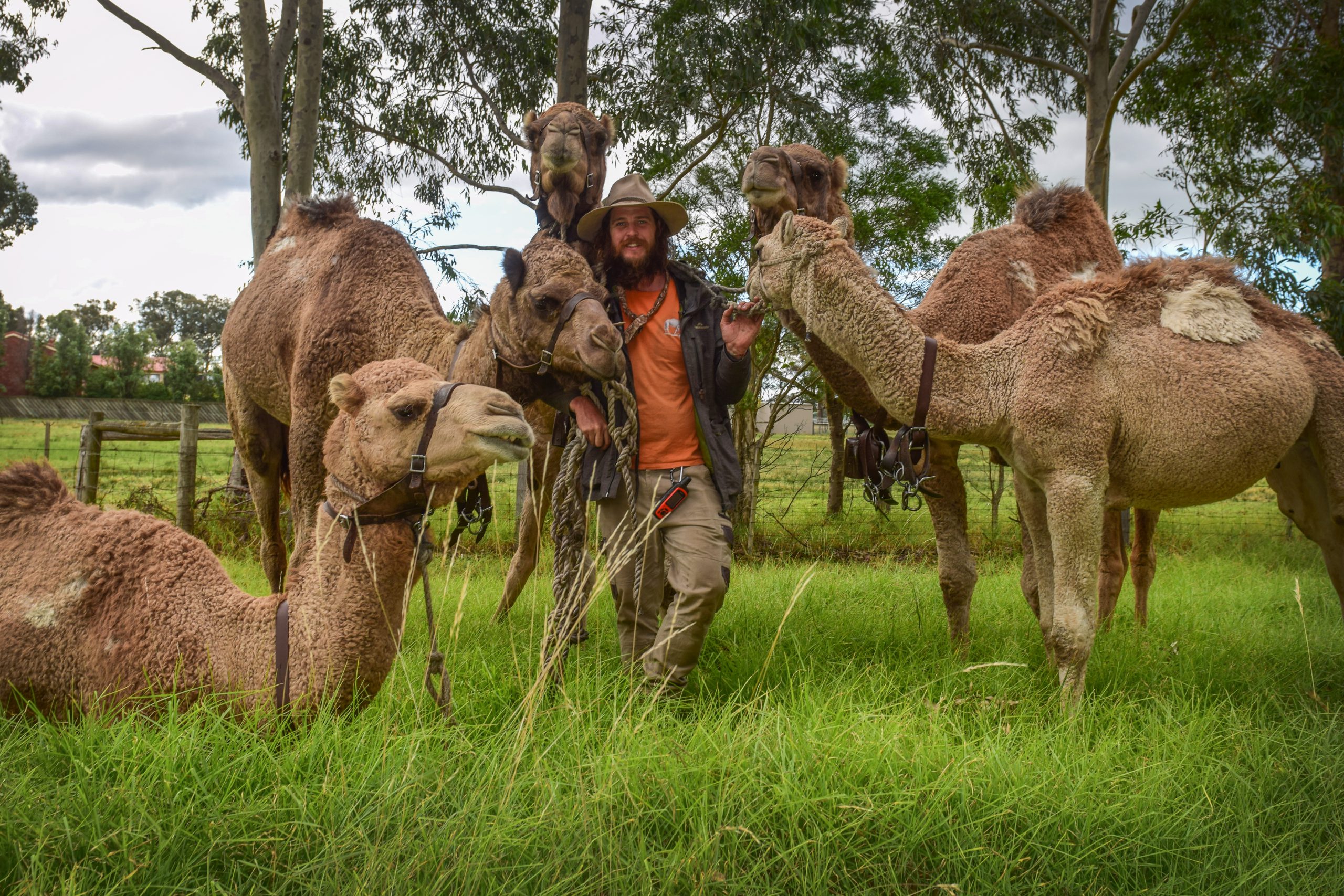 Giving away your dream car, your house and walking away from a successful job isn’t what most people would do, but Perth man John Elliott did just that.

Mr Elliott was the CEO of a financial services company and owned a nightclub, soon realising that this wasn’t the life he wanted to lead.

“I was living, I suppose what most people would call living quite a successful, prosperous life but everything revolved around money,” Mr Elliott told The Express.

“I decided that if I really wanted to challenge that then I would have to go out and think of something different, so I gave the car away, walked out of the job, got rid of the house and I was kind of looking for that next adventure.”

Mr Elliott was unsure what this next chapter of his life would entail until discussions and ideas started flying around between friends.

“Someone mentioned camels at dinner one night, it was just at the right time and the next day I googled ‘how do you buy a camel’. The more I looked into it, the more I realised this is what I want to do,” he said.

As Mr Elliott prepared for his trek across Australia he undertook a medical check which led him to be diagnosed with a stage one melanoma, but due to early detection, it was treated.

“That was all very quickly and easily sorted out because it was detected nice and early,” he said.

Soon after the diagnosis Mr Elliott founded the not-for-profit charity Beard Season which promotes the early detection of melanoma and couldn’t wait to get involved with the charity.

“I started supporting them as soon as I started the trip and they have started to do more pop up clinics in regional towns that I pass through on the way,” he said.

“I started [the trip] without a why, I just wanted to do an adventure but a pretty good why came along afterwards.”

With his trek across the country well underway, it hasn’t been all smooth sailing as he battled some of Australia’s toughest conditions from drought, fires, wildlife and heavy rains.

“That’s the nature of it though and why we’ve got so much gear for the trip because we have to prepare for -10 (degrees) right through to 50. One stretch has got 400 kilometres with no water,” he said.

“It’s been some pretty hard trekking. One minute you’re looking for feed and the next you’re stuck in wet mud.”

Fortunately the outbreak of COVID-19 hasn’t impacted his travels too much after crossing into Victoria just as borders began to close.

Being a man of “no fixed address” has allowed him to continue his trip and travel through national parks.

“I’m classified the same as a homeless person as such,” he said.

“We’ve just got to keep the social distancing rules and keep the gang away from everyone as much as possible. We avoided some of the main street runs we would do with the camels to try not to draw too much of a crowd but that’s starting to relax now obviously.”

Only a little under halfway through his trip and just a year and one month in, Mr Elliott has covered almost 3500km.

“By the end of the trip I will have ticked off somewhere between 8000 and 9000km, but knowing the way I detour who knows. I’ve got another 18 months to two years to go,” he said.

A change in direction is nothing new to the red-headed nomad as he takes a sweeping detour through the high country due to COVID-19, but is embracing the “zig zag” which is giving him the chance to head to Lakes Entrance.

“I seem to have just been knocked in that direction so I get to go back to my mentor and introduce him to my gang. A 570km detour off the trek just to say hi to a mate,” Mr Elliott said.

Wearing a GPS live tracker through his travels has allowed the public to get on board and follow Mr Elliott’s trek across the country.

“People are welcome to come out and meet us along the way, take photos and have a chat,” he said.

“It’s an unexpected smile that these people have as we go. People have a lot on their plate but then they see a mob of camels and some hairy dude walking down the main street and they can’t help but grin and smile.

“From my perspective I just see this Mexican wave of smiles as we travel through and it’s a really nice feeling.

“It’s the support that we get from these local people as we come through. That’s been the highlight of the trip.”

Ticking off every state and territory in Australia sees Mr Elliott set up camp in some unusual places.

“I knocked on their door here (a property on Heyfield’s outskirts) about three hours ago,” he said.

“I have camped out on Parliament House lawn and I have camped out with some very shady people, with the Australian Army, in schools and in fire stations, peoples’ property, right in the centre of towns, literally.

“I’m waking up and brushing my teeth in the morning on this grassed area, in the middle of a town just getting myself ready for the day. It’s crazy where you camp.

“It’s been good, living on a fraction of what I used to, living under a tarp and in a swag with a big grin on my face. It’s trading a five-star lifestyle for a five billion star adventure.”