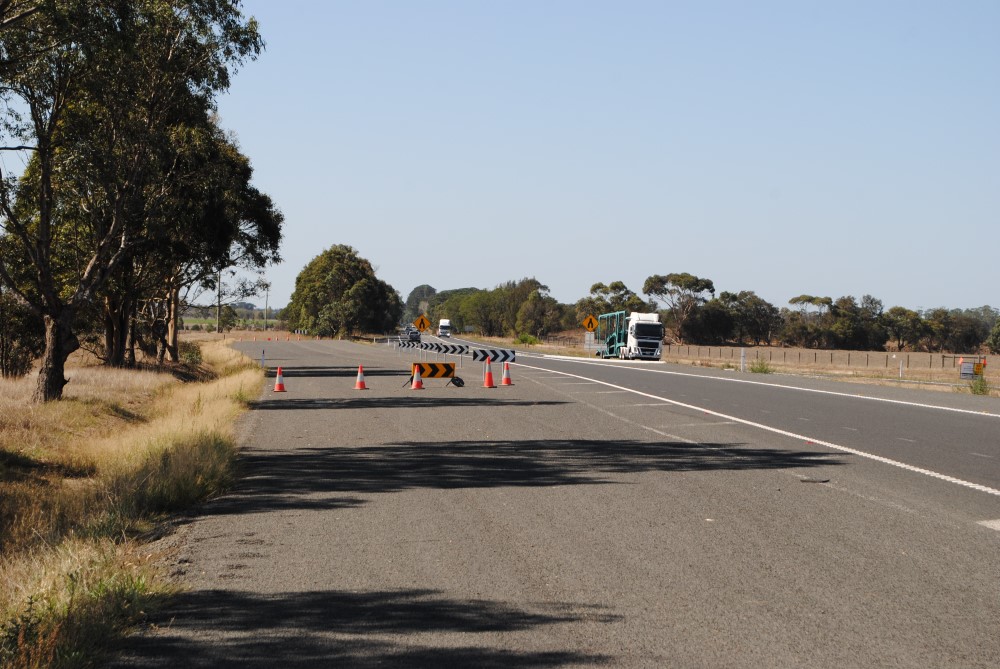 A decade after works first began, the Princes Highway duplication between Sale and Traralgon finally has the state funding contribution to be completed.

On Monday, the state government announced it would provide its share of funding, about $50 million, to finish the final two sections of the duplication, at Flynn and Kilmany, by 2024.

The federal government will contribute $202.6 million to complete the duplication on the state government-owned stretch of road.Pre-construction activities are already complete, and construction is expected to begin later this year.

The sections will add an extra 12 kilometres of lane in each direction – to provide a four-lane dual carriageway with a central median east of Sheepwash Creek Rd to west of Flynns Creek Rd and east of Maffra-Rosedale Rd to west of Sale-Cowwarr Rd.

The state government said the project will also deliver a range of safety upgrades, including “wider shoulders and a centre median with flexible safety barriers to reduce the risk and severity of run-off road and head-on crashes”.

The total figure for the final two stages of duplication has increased to $253 million – up significantly from the original $165 million cost estimated just two years ago to complete the final stages.

Once the project is complete, the Princes Highway will be fully duplicated over the entire 43km between Traralgon and Sale, improving safety and journey times for the 15,000 motorists who use the stretch of road every day.

Federal Member for Gippsland Darren Chester said it had been a long fight to secure the funding.

“This is a huge win for Gippsland with a safer and efficient highway directly benefiting local motorists, the transport industry and the travelling public,” he said.

“The project will also support 185 local jobs, which is crucial for helping us bounce back after the drought, bushfires and coronavirus.”

Speaking more broadly about road and rail projects in Gippsland, Transport Infrastructure Minister Jacinta Allan said the state government knew it had been a difficult year for Gippsland communities, but this funding would boost the local economy and create jobs, while building transport infrastructure.

“These important projects will provide safer, more reliable roads and train services for locals and tourists alike,” she said.

Member for Gippsland South Danny O’Brien said the funding announcement was the culmination of years of hard work and lobbying, and it was a relief to finally get state government funding to finish the duplication.

“Great credit to my colleague Darren Chester and the federal government for leading the way and ultimately embarrassing Daniel Andrews and Jacinta Allan into stumping up their share,” Mr O’Brien said.

“While it will be great to get the job done, it is incumbent now on the Labor state government to explain why they didn’t fund this project three years ago which has led to an $85million blow-out in costs.”

After stretches in Nambrok and just east of Traralgon were opened in December 2018, works on the duplication came to a grinding halt.

The state government created angst when it refused to commit to funding the final two stages, marked the duplication as completed in its budget papers and did not acknowledge the unfinished sections in its literature, instead touting “all nine sections are complete”.

In several press conferences and interviews, state ministers dodged questions about funding the final two stages, or repeated the government would be prioritising election promises.

The state confirmed $3 million in funding for “planning and pre-construction activities” last June.

The Wellington, East Gippsland and Latrobe City mayors wrote to the federal government last July, wanting the Commonwealth to use its $132 million commitment to fully-fund upgrading the most dangerous section of the road at Kilmany, and pressure the state to finish the final section at Sheepwash Creek, Flynn.

Last October, patch-up works were carried out and signs warning of ‘rough surface ahead’ were erected on the non-duplicated section at Kilmany, as roads workers made repairs to the deteriorating road.

Tempers flared as the Premier refused five requests to meet with Mr Chester to discuss the issue.

Ms Allan was forced to correct herself last November, after initially announcing to parliament the final two stages of the duplication were underway.

In February, Mr O’Brien pointed out an apple tree was growing and producing fruit in an area that had been previously cleared and fenced off in readiness for the unfinished duplication.

“I’m tempted to harvest some of the apples on this tree and send them to Daniel Andrews as a reminder of his failure to upgrade the roads in our region,” Mr O’Brien said at the time.

Last month, Ms Allan claimed in state parliament the project had failed to proceed because “the $132 million committed by the federal government towards completing the remaining sections of the project are insufficient”.

Mr Chester labelled the comments as “unhinged”, reiterating the federal government’s $132 million was based on the state government-provided cost estimate.

“If there’s been a cost blow-out it’s because we didn’t get the work started in 2018 when the state government failed to provide its 20 per cent,” he said at the time.

Ms Allan responded by explaining she was working with Labor Member for Eastern Victoria Harriet Shing and the Deputy Prime Minister on a plan, with more to say soon.