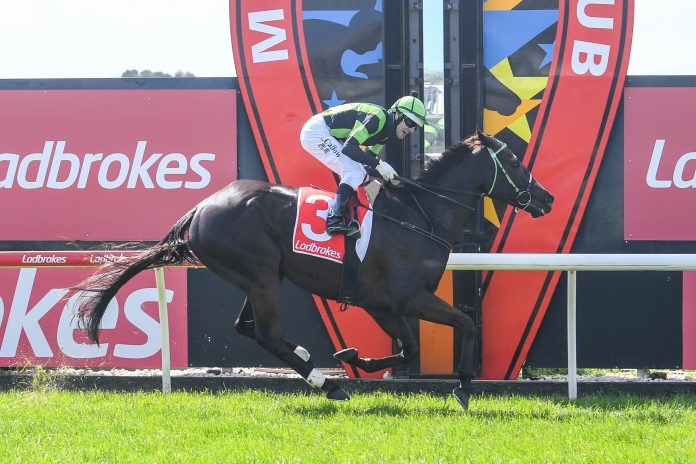 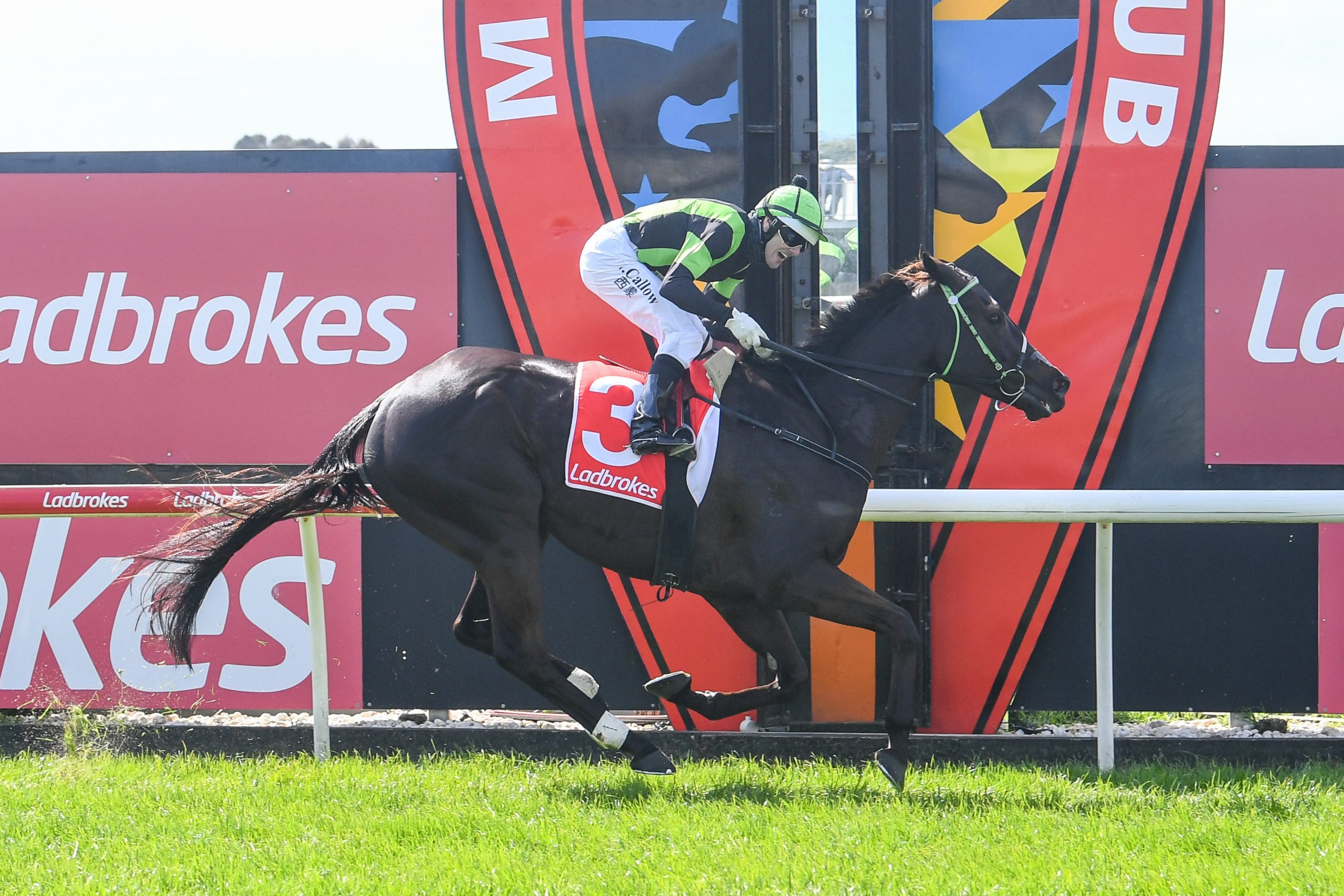 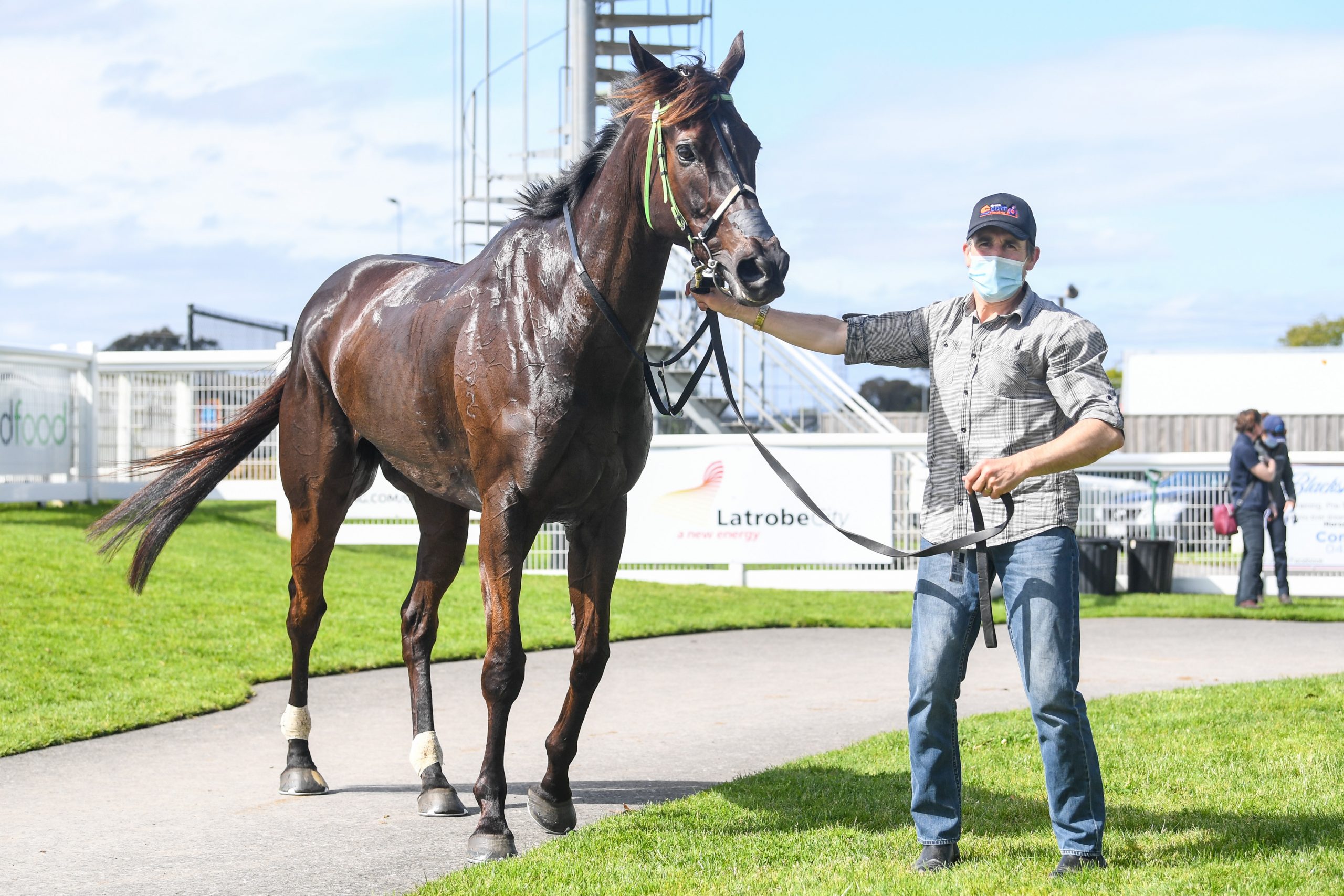 The Kiwi import was rated to absolute perfection by jockey Noel Callow as he held off hometown hope Monmouth by a length and a half.

Our Big Mike ($15) appreciated the chance to dictate terms on the speed in what was a form reversal after failing to fire in his previous start, the Ansett Classic at Mornington.

He clearly appreciated the improving soft track, saluting in a time of 2:08.90.

Trainer Brett Scott was delighted post-race after the eight-year-old son of Don Eduardo secured the 11th win of his 40-start career.

“He came over on the Wednesday before Mornington and ran absolutely terribly,” Scott said post-race.

“His high cruising speed is his best asset. He broke up the field today thanks to a great ride from Noel.

“Coming back to the 2000, we wanted to get them chasing from a long way out and that’s what he did.”

Our Big Mike, who has campaigned at Group 1 level in New Zealand, added another chapter to an already impressive record on Australian shores.

He led all the way to win the Pakenham Cup in 2018, a race Scott said now loomed large on his agenda again.

It was a first Moe Cup triumph for Scott, a former champion jumps jockey turned trainer.

Callow too was visibly delighted, as he enjoyed a second Moe Cup triumph after winning aboard The Wingman in 2011.

Only one other hoop, Peter Mertens, has ridden more winners at Moe than Callow, who despite not getting the opportunities as he once did, illustrated just why he earned the moniker ‘King’ during his days in Asia.

Taking a look at the beaten brigade and Monmouth continued his impressive preparation for Moe trainer Allison Bennett.

Monmouth ($21) may have been dropping back from 3000m to the 2050m trip, but stuck to the task throughout in what was a lead-up race for a 2800m assignment during the Melbourne Cup Carnival.

The Richard Laming-trained Shot Of Irish was sensationally backed into $2.50, but never seriously looked a winning chance despite finishing third, beaten 2 1/2 lengths.

Think We’re Due ($8.50) finished fourth after having every possible opportunity.

The scratching of Chris Waller’s Captain Cook on race morning robbed the race of some star power, with jockey Hugh Bowman not making the trip to the Latrobe Valley.

Peso was also withdrawn and saved for the Horsham Cup run yesterday, where he finished in fourth spot.