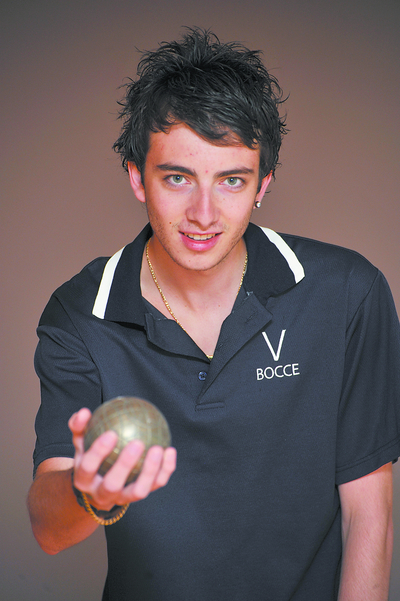 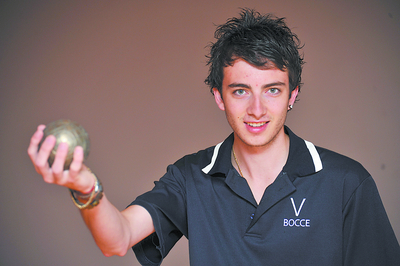 Morwell’s Nick Cooper will be defending four national titles this weekend, when he competes at the Australian Junior Bocce Open, to be held in Liverpool West, New South Wales.

The 19-year old, who talked modestly about his success in 2011, will compete in the under 23 division.

At the open he will defend his singles, bowl, rapid and precision throw titles.

Cooper said he became interested in the sport as a child, when he used to watch his ‘nonna’ play with her friends at the Italian Australian Club in Morwell.

Then at age nine, he discovered a junior competition and decided to give it a go.

When asked about what motivated him to take his bocce to the next level, he gave an honest answer.

“I realised that there were opportunities to travel overseas,” Cooper said.

“That’s when I started taking it seriously.

“Me and some teammates got a fitness instructor and really put in a lot of effort.”

Since then Cooper has reaped the rewards of his hard work.

He has been chosen for teams that have travelled to Italy and France.

Despite being only 19 years old, he has already competed in three world championships – 2006, 2007 and 2009 – and is aiming for national team selection again this year.

As for the Australian Junior Bocce Open, Cooper is hoping to do as well as he did in 2011.

“We’ve been training hard, so hopefully I can do it again,” he said.

Cooper said he enjoyed bocce because it was different from other sports and he equally enjoyed all forms of the game.

“Rapid throw is good because you do a lot of running,” he said.

“But traditional games are good too because you have to think about what you’re doing.

“Both are good in their own ways.”

According to Cooper, rapid throw involved running consistently between two mats, while more traditional forms of the game are usually played standing still.