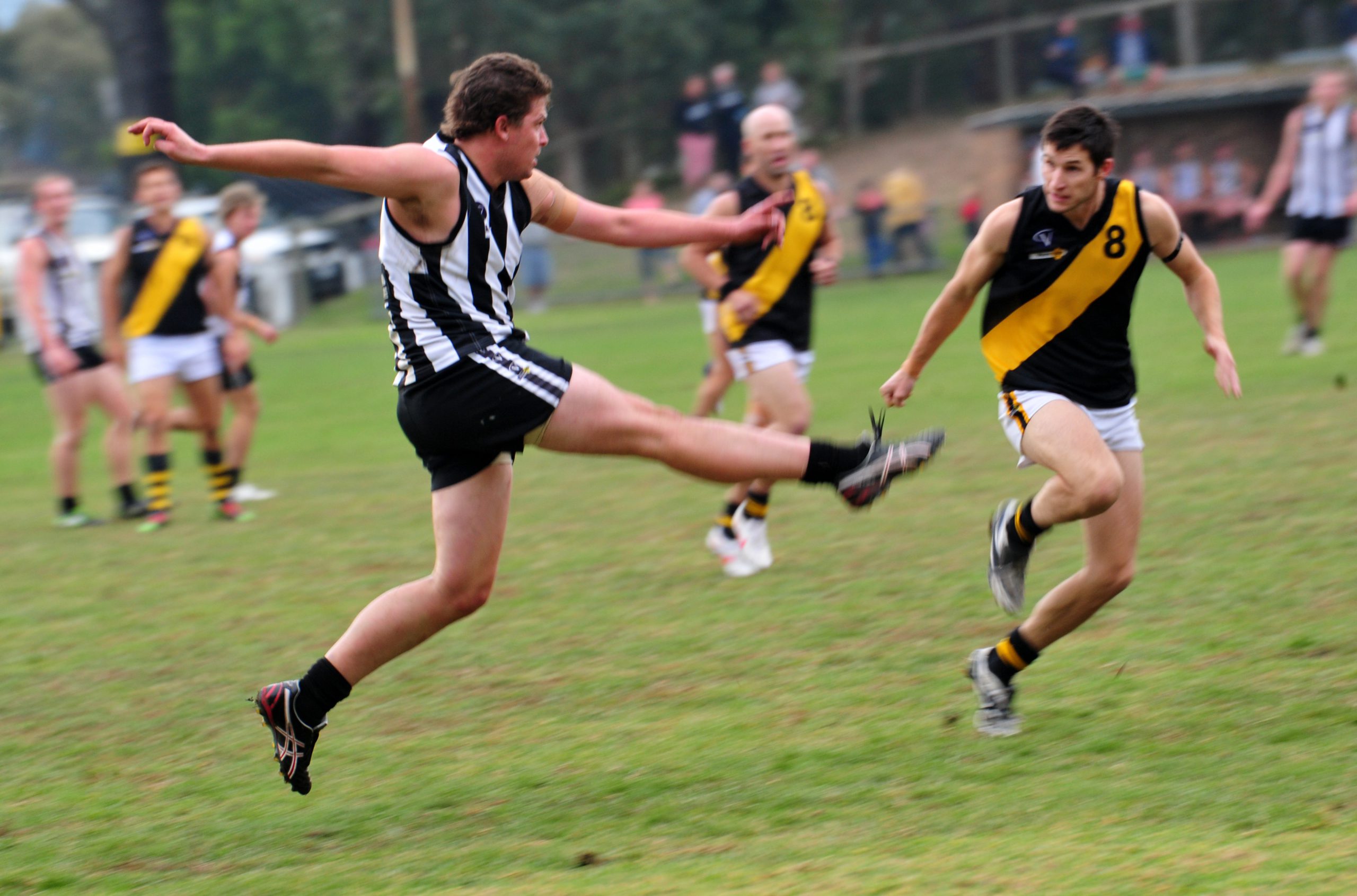 IT was not the most clinical of performances by Cowwarr against Sale City, but its intensity when the game was in the balance in the third term proved enough for the Saints to secure their second win in as many weeks in round five of North Gippsland football.

Perched in sixth and seventh position respectively on the premiership ladder standings, the contest was expected to be a dogged affair as both sides looked to remain in contention with the competition front runners.

The Saints kicked off the contest with a strong opening 10 minutes as the visitor registered the first two majors.

City broke through when Mitch Evans opened the home side’s account, before Cowwarr’s Ben Plozza broke a lean period of play with his sole major.

The Saints’ small forwards began to make their mark on the contest and the visitors took a commanding 20-point lead into the first change.

Some 20 minutes lapsed before City registered its second, which was followed by a third major as Nick Grainger broke the shackles on the back of Jesse Broadbent’s cautious clearance along the wing.

Tim Johnston sparked to life for the Saints, kicking a goal and creating opportunities up forward which were squandered by wayward finishing.

Robbie Ferguson slotted through the Saints’ seventh major on the run ahead of half-time to establish a four-goal buffer at the long change.

With the game in the balance, the Dogs exploded out of the blocks in the premiership term.

Best on ground for the Dogs, Tom Horan, slammed home the first of three straight majors in the opening minute of the second half.

His goal was followed quickly from Codey Kennedy as the Dogs’ engine room of Brad McKay, coach Joel Brayshaw and Daniel Bird began to make an impact against Luke and Lee Cooper.

Kennedy’s wobbly shot at goal reeled the margin back to 11 points.

Luke Hedger made it three on the run, and flashy forward Grainger began to run rings around the opposition back men.

Cowwarr settled and registered its first of two quick replies midway through the third term to regain the ascendency.

City responded through Grainger on three-quarter-time to trail by 13 points at the final change.

The Dogs challenged early in the final term, but majors to Cowwarr’s Ferguson and Johnston put an end to the resistance.

Trailing by 14 points at half-time, Rosedale looked to impose its presence in the early stages of the third but the Cougars booted two quick majors to extend the lead.

Rosedale continued its relentless attack on the footy in the final term kicking a further five goals to two to hand Churchill a 50-point defeat and its second loss in a row.

For the Cougars best on ground Hamish Towns kicked five, while Brendan Holt played a key role in the forward 50 with four goals.

The first quarter was a close affair with Heyfield taking a nine-point lead into the first change; the Kangaroos extended the margin out to 16 points ahead of half time, a lead they maintained at the final change of ends.

TRARALGON Tyers United proved too strong for Boisdale/Briagolong Bombers in a comfortable 14-goal victory on the road.

Subdued in the first term, TTU came out firing in the second quarter with eight straight goals.

Boisdale/Briagolong matched the visitors in the third term before TTU regained the upper hand in the final term to run over the top of its younger opponent to secure win number four.

ON Sunday, Gormandale staged a comeback to open its season account with a two-goal victory over long time foe Glengarry.

Trailing by two straight kicks at half time, the Tigers reeled the margin back with a 31-point turnaround to lead by 19 at the final change.