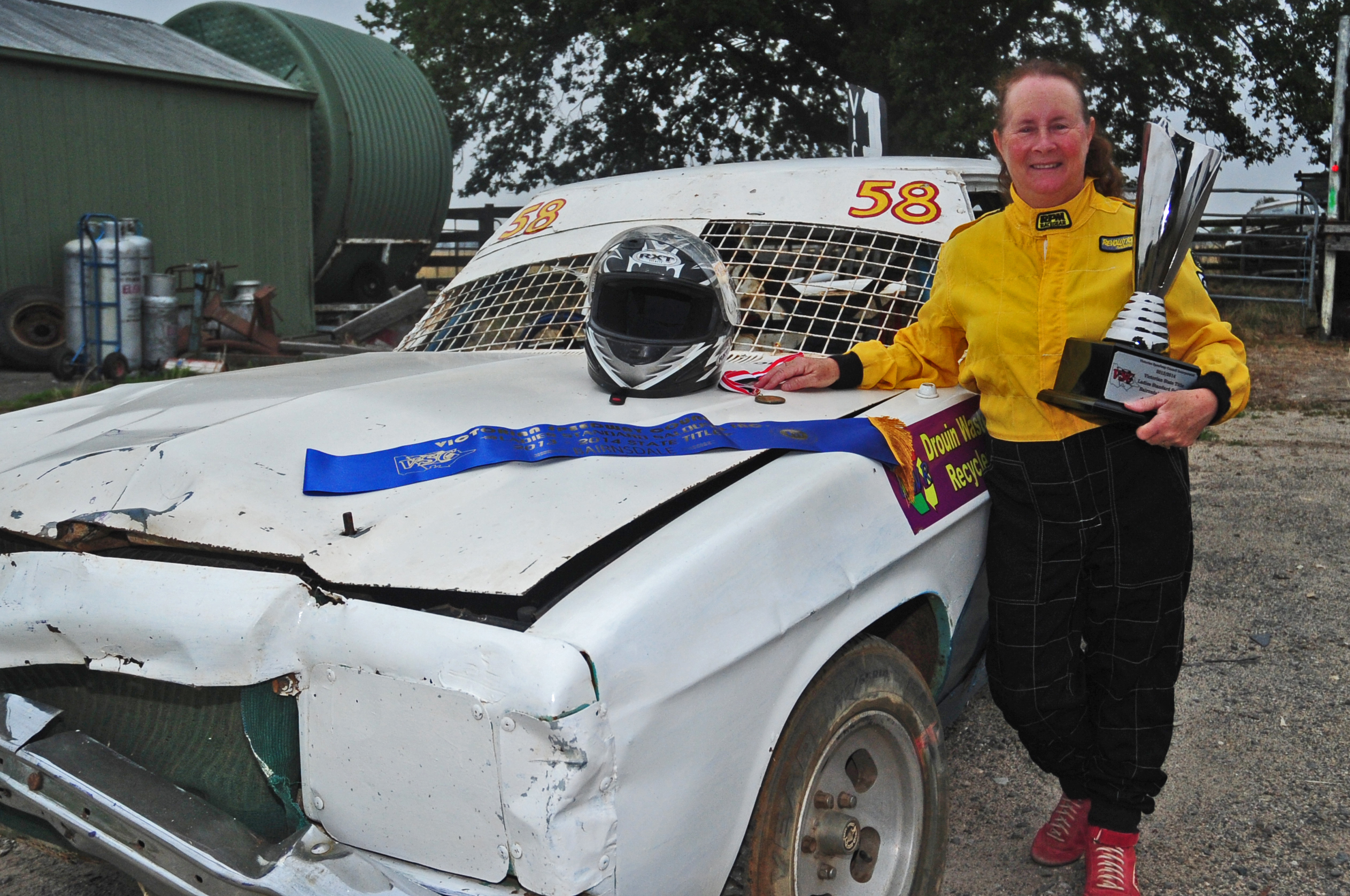 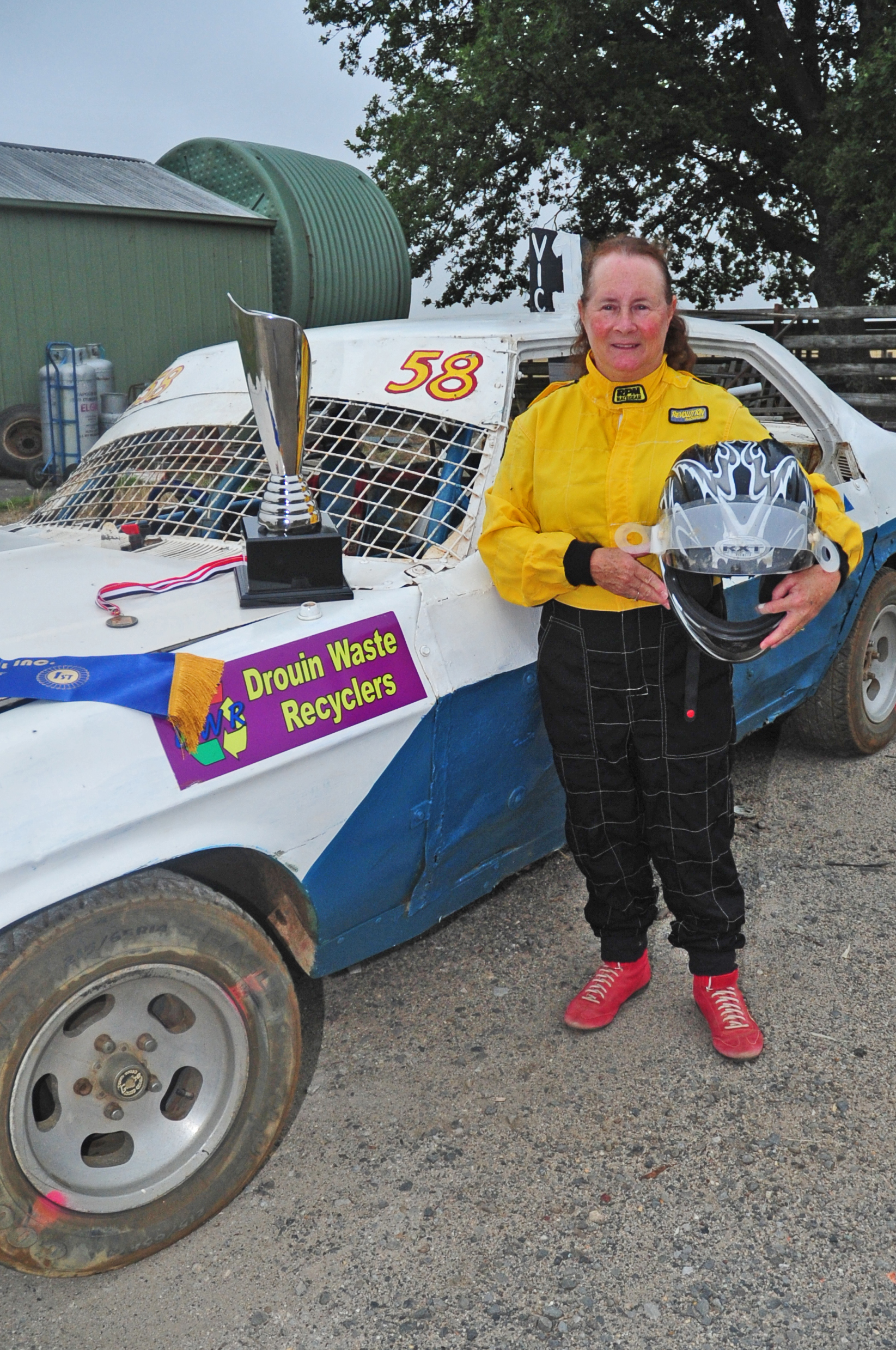 SOME folk step back and live life in the slow lane after retirement, but Anne Gooding of Moe is travelling in the opposite direction, and fast.

The mother of multiple state champion Kelly McDermott took up the family mantle in her daughter’s absence, qualifying for the final in fourth after second and first place finishes in heats two and three respectively.

It was a case of finish line fever for Gooding in the final, who zoomed off the grid to hit the lead after five laps and was never headed in her run home.

Twice stoppages brought the field back within touching distance, but when Gooding spotted a rival attempting to pass her six laps from the chequered flag her determination did not falter.

“When they dropped the white flag I saw out of the corner of my eye this orange car and I just screamed out to myself ‘no no no this is mine’ and took off,” Gooding said.

“It was the most exciting thing to win.”

After a third place finish in the Victorian titles last year, the Drouin Speedway member enjoyed the perfect preparation by scoring wins in all three heats and the final at a lead-in Bairnsdale meeting a fortnight out from the event.

“I love Bairnsdale, it’s a tremendous track. It can get rather rough but I’ve got a feeling for it, so to speak,” she said.

With 12 years’ experience on the racing circuit, and a little extra life experience on her opponents, “lead foot Annie” – as dubbed by her brother and local speedway personality Peter Gray – proved you do not have to slow down with age.

“They tell me I’m the oldest competitor with the oldest car, I drive a Kingswood,” Gooding said.

“We (Anne and husband Leigh) recently retired… and can spend more time with our racing.”

The pressure is now on Leigh to replicate his wife’s efforts, with the men’s state title on the line in March.

“We’d love it (if we both won), he’s currently Vic two from last year and now everyone’s saying he needs to keep up,” Gooding said.