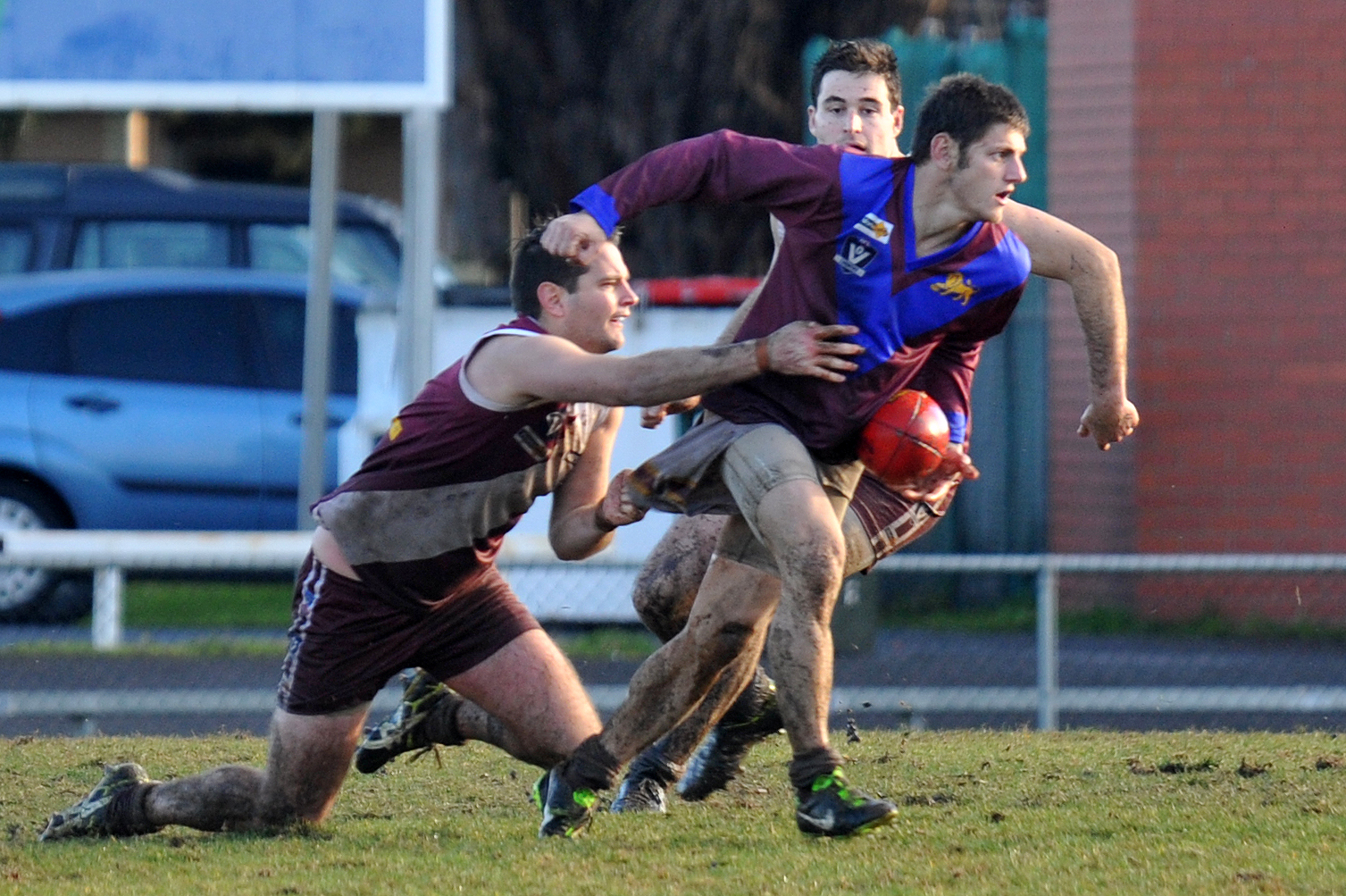 Traralgon was looking to keep its faint hopes of Gippsland League finals alive when it accounted for Moe by 48 points.

The Lions got off to a slow start and it was only in the second quarter when they registered their first goal of the game.

Moe entered in to the main break 29 points behind.

The Maroons continued their form from last week’s big win against Drouin by kicking five goals in the second half to further compound the pain for Moe.

For the home side it was Tim Johnston and Lee Stockdale who starred up forward with three majors.

For the Lions their only major goal scorer was James Wood who kicked two for the visitors while James Blaser and young star Darnell Grech were among the best.

Morwell rallied from a slow first quarter to go on to record its second win against Bairnsdale this season.

The Redlegs took lead quarter-time and coach Shaun Mooney said he was impressed with the team’s early effort.

“The pressure has been fantastic to this point, but we must not overuse the ball going forward,” Mooney said.

Unfortunately, it was all Morwell in the second quarter as the Tigers piled on three goals to none to take the lead into half-time.

Tigers coach Harmit Singh said he was happy with how his team responded in the second quarter, but had this message for his troops.

“We have only played a half of football and don’t forget their best quarter against us last time was their third quarter, so we must keep winning the clearances and pressure the ball carrier and let them make the mistakes,” Singh said.

In the opposition’s room, Mooney urged his players to lift their intensity and play to the conditions.

However it was Morwell who came out the better of the two, booting six goals to three in the second half to win by 38 points.

“Everyone played their role and I couldn’t be happier with the win against a top side,” Singh said.

“There wasn’t one person out there that didn’t play their role and I thought our forward pressure was fantastic, but I thought we could improve on our scoreboard pressure as we didn’t get full reward for our shots and it showed, kicking 10 goals 15 points.”

Mooney lamented another loss to the Tigers.

“We spoke about it during the week that we needed to play to the conditions and I don’t think we did this to our full potential,” Mooney said.

“We overused the ball a little too much and I think in the conditions that it cost us dearly.

It was a clash of the South Gippsland titans when Leongatha and Wonthaggi battled it out on a cold winter’s night in Leongatha.

The conditions were far from ideal, which showed on the scoreboard at half-time with only nine points separating the two sides.

Leongatha coach Glenn Garner urged his side to keep competing with the Power.

“We need to keep the pressure on them and keep the ball moving forward,” Garner said.

“We can’t wait to move the ball if you can’t find a teammate.

“Kick the ball long down the line and gain some distance; we need to use our pace against their bigger bodies”.

The Power came out swinging after half-time kicking two early goals to extend their lead.

The Parrots stole a goal back late in the third but would go in trailing its more fancied opponent by 29 points.

It did not get any better in the last quarter for the parrots with the 29-point three-quarter-time gap too much to close in difficult conditions.

Drouin found it tough from the start against ladder leader Sale.

The Hawks entered the first change 34 points behind and it did not get any easier.

Sale piled on the pressure, and the goals, to record a thumping 168 point-win.

For the Magpies it was the returning Peter Macfarlane who highlighted the win with four goals, while veteran Kane Martin and young ruckman Jack Lipman were named best.

In the final match of the round Maffra catapulted ahead of Bairnsdale on the ladder with its 87-point demolition of Warragul.

Warragul went into the game feeling confident as Maffra’s recent form at Western Park has not been great.

However it was a slow start that cost the Gulls early and saw them trailing at quarter time by 37 points.

Maffra further staked its claim on a top three birth muscling its way to a five-goal-to-two second half using their tall forwards to advantage and strolling to a big win.