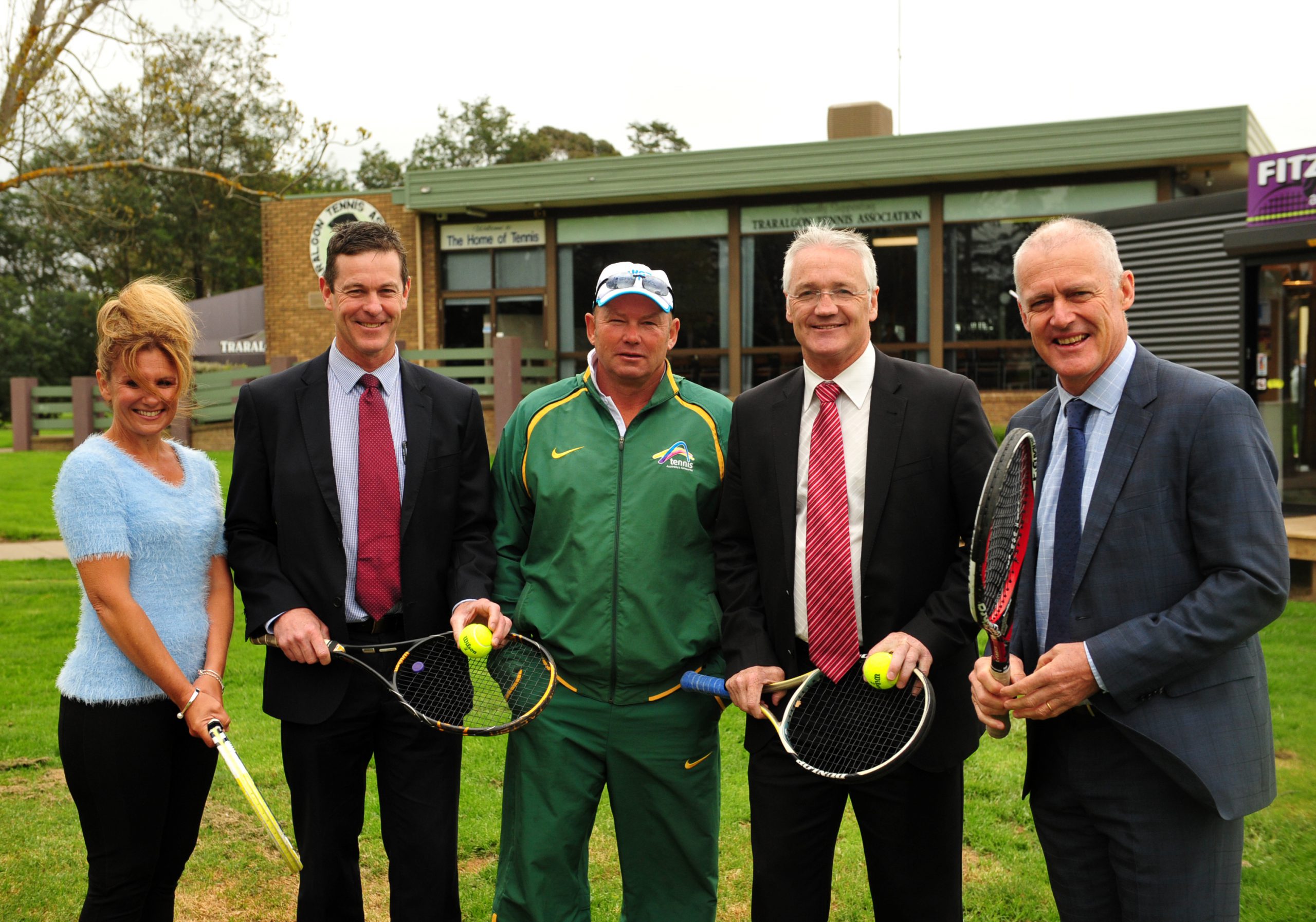 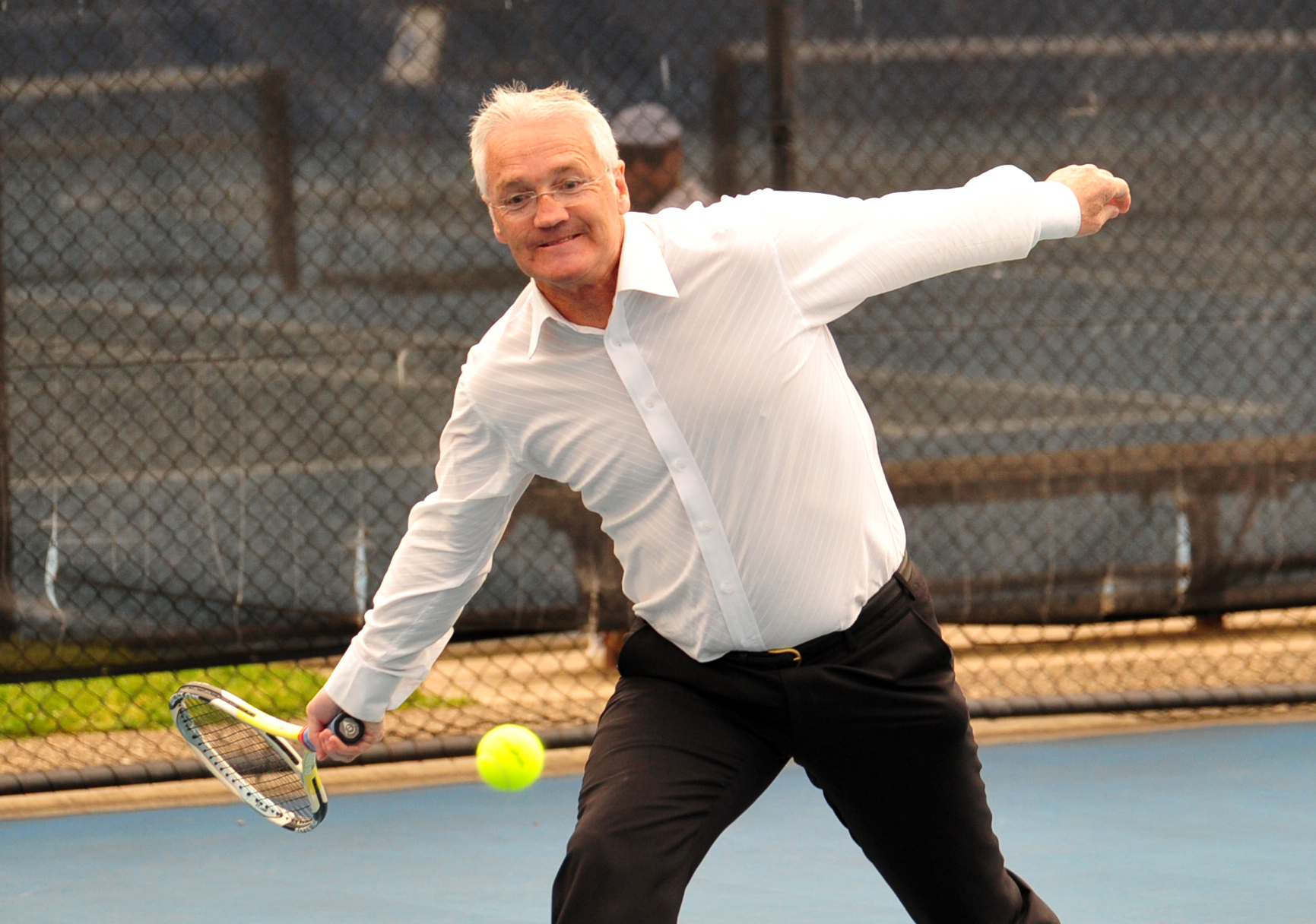 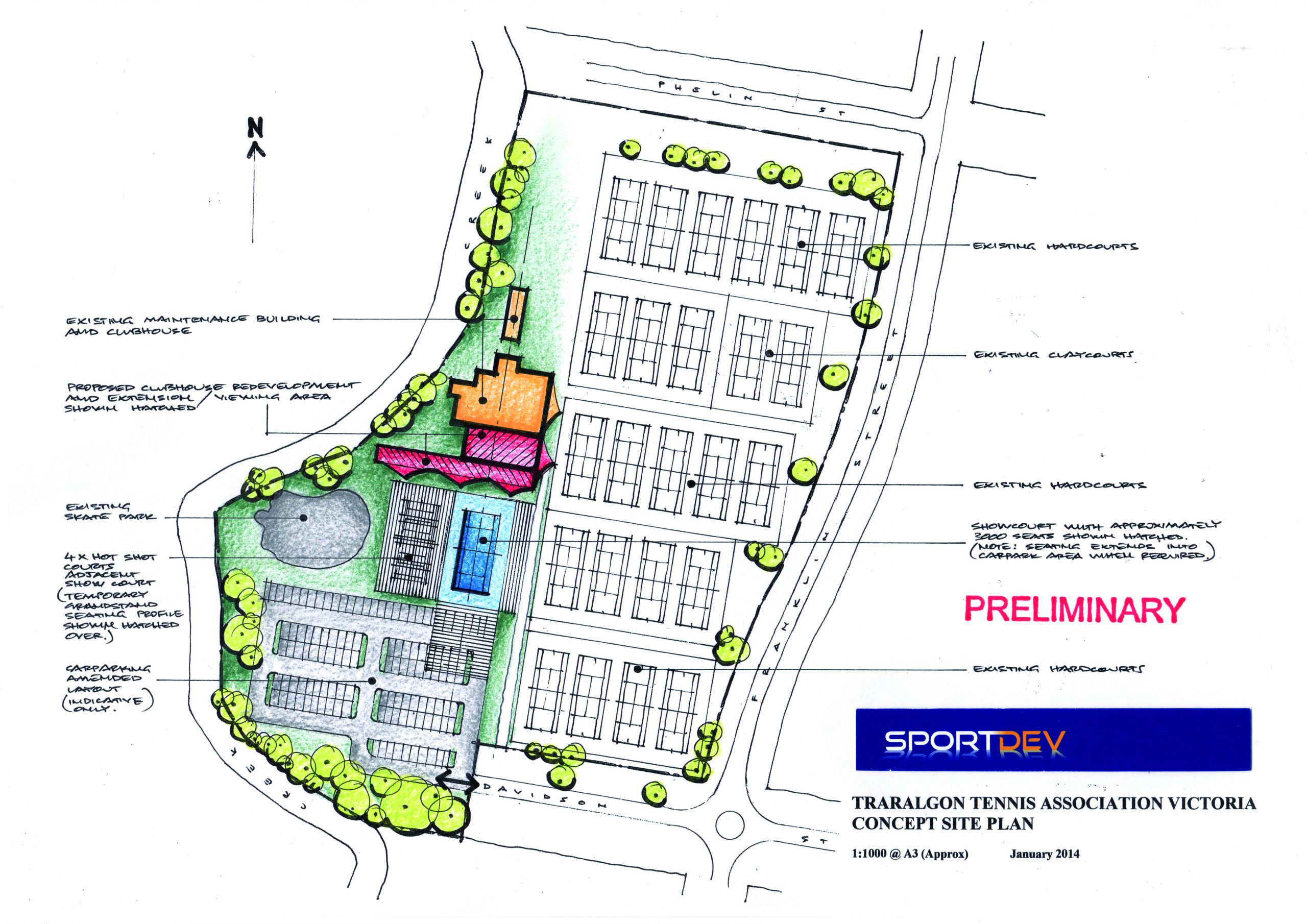 TENNIS Australia ambassador John Fitzgerald is no stranger to the big stage, and reckons a show court at Traralgon is just the ticket for the centre’s development as a regional powerhouse.

Fitzgerald attended last week’s $1.3 million show court funding announcement by Sport and Recreation Minister Damian Drum, and said Tennis Australia, who contributed $100,000 to the project, had a belief in Traralgon that came from the top of the organisation down.

“This is important for Tennis Australia because we have ITF junior events here, we have qualifying for Australian junior championships and we have two Challenger tournaments coming up,” Fitzgerald said.

“It’s an important facility for us, and we’re delighted.”

The seven-time grand slam doubles champion was a product of country Australia himself, having grown up on the west coast of South Australia in Eyre Peninsula.

Fitzgerald’s home courts were a far cry from Traralgon’s plexicushion paradise, and the veteran acknowledged the advantage the upgraded facilities will provide at the centre.

“Nothing like this, we had three little asphalt courts with holes in them, but they were good for us. We used to have a tin shed where we used to have scones on a Saturday afternoon,” Fitzgerald said.

“A centre court here will give a real perspective to people here. It will really change the feeling of the whole venue, when you get a small stadium court it will have a dramatic effect on the aesthetics and also the atmosphere.”

Traralgon Tennis Association president Graham Charlton has seen the club evolve over the past 30 years, and said the development, in addition to the recent court resurfacing project, would take the venue to the next level.

“I think from a professionalism point of view, amazing, it’s going to lift the whole profile of the place; you go from a tennis club to maybe a stadium club, which is a step up,” Charlton said.

“At the end of the day the whole persona of the place will change. You drive into Kooyong the showcourt stands out, it’s such an elaborate part of the whole equation.

“We’re up there with the best… this might be one of the best in the world if we get a showcourt, in the regional areas of course.”

The two-phase TTA project also includes a redevelopment of the clubrooms to be undertaken after the construction of the show court.