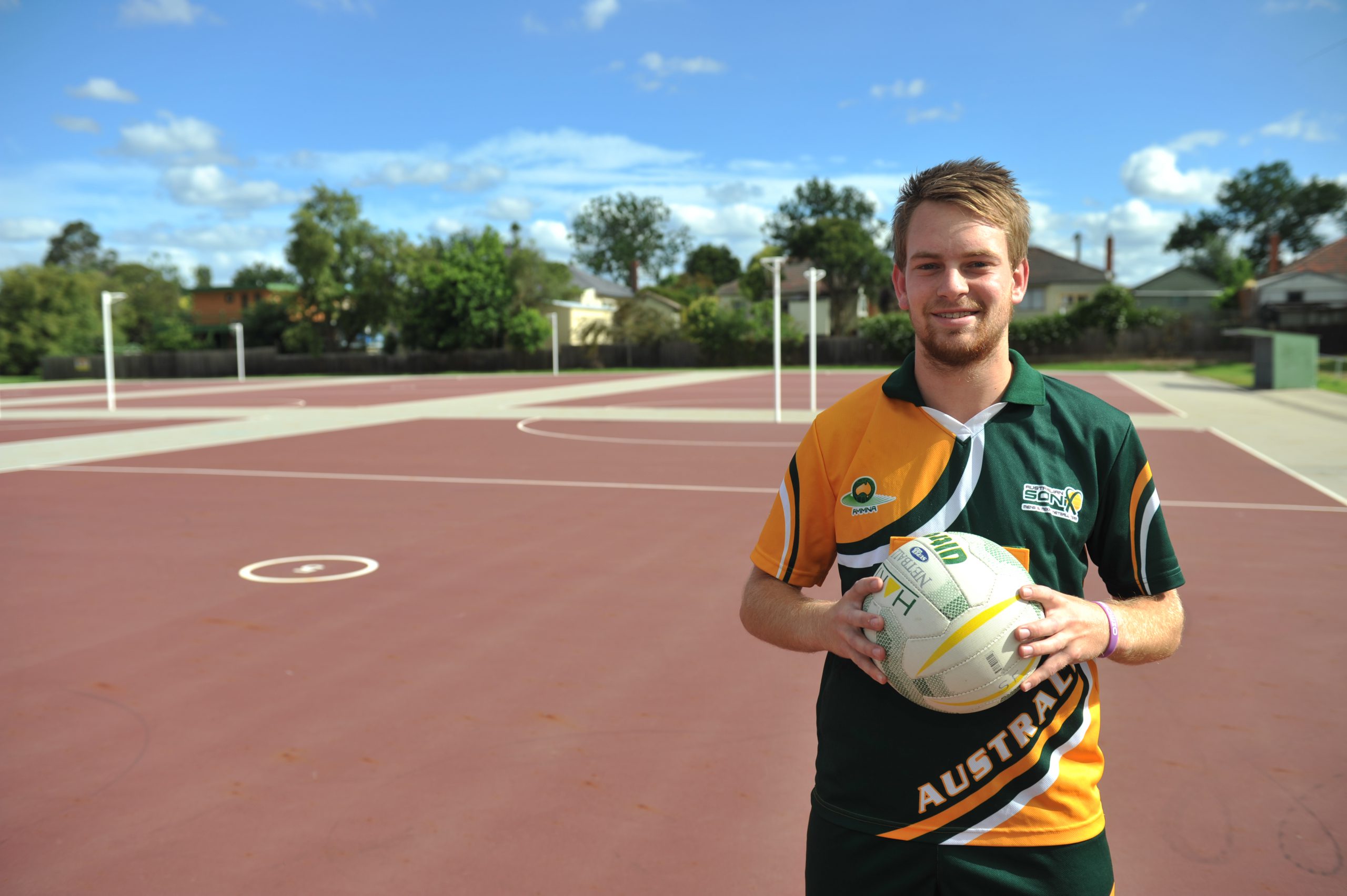 A TYPICAL winter weekend for David Fromberg consists of Aussie Rules for Woodside on Saturday, followed by netball training in Melbourne on Sunday.

It’s a combo that earns the odd taunt from the footy fraternity, but there was nothing but pats on the back when the 19 year-old was selected for his second Australian netball team last year.

“Surprisingly they actually thought it was amazing, they were happy and congratulated me over it, a few bagging it out here and there but I suppose you’re always going to get that friendly banter,” Fromberg said.

Fromberg took up netball in the 2012 football post-season as a bit of a laugh, but he was no joke on the court.

The centre-court specialist was chosen for Victoria, and later Australia after a successful national championships campaign.

His first cap was put on hold, as the team’s planned trip to Malaysia was cancelled, however Fromberg was back at it in 2013/14.

Again the Victorian team took out the nationals, and Fromberg was duly appointed vice captain of his country to take on New Zealand for the biennial Trans Tasman showdown in Sydney.

It was a long time coming, but Fromberg finally donned the green and gold as the Aussies won the under 19 men’s series 3-0 in November.

“It’s an amazing feeling, people dream of it as kids growing up to represent their country and I got given that chance and of course gave it 100 per cent,” he said.

“Just the atmosphere there was great with the Kiwis doing the Haka and it really being a tough competition.”

Fromberg said he would chase national selection again next year, in a sport that had quickly captured his imagination.

“Mainly the fellas I was playing with (kept me playing netball) they’re a great bunch of blokes I was with, and Mum was keen on me going back as well,” he said.

“I love the sport too so you can’t say no to it can you?”

The Australian under 23s and open team also won their respective Trans Tasman series, while the Kiwis claimed the mixed cup 2-1.