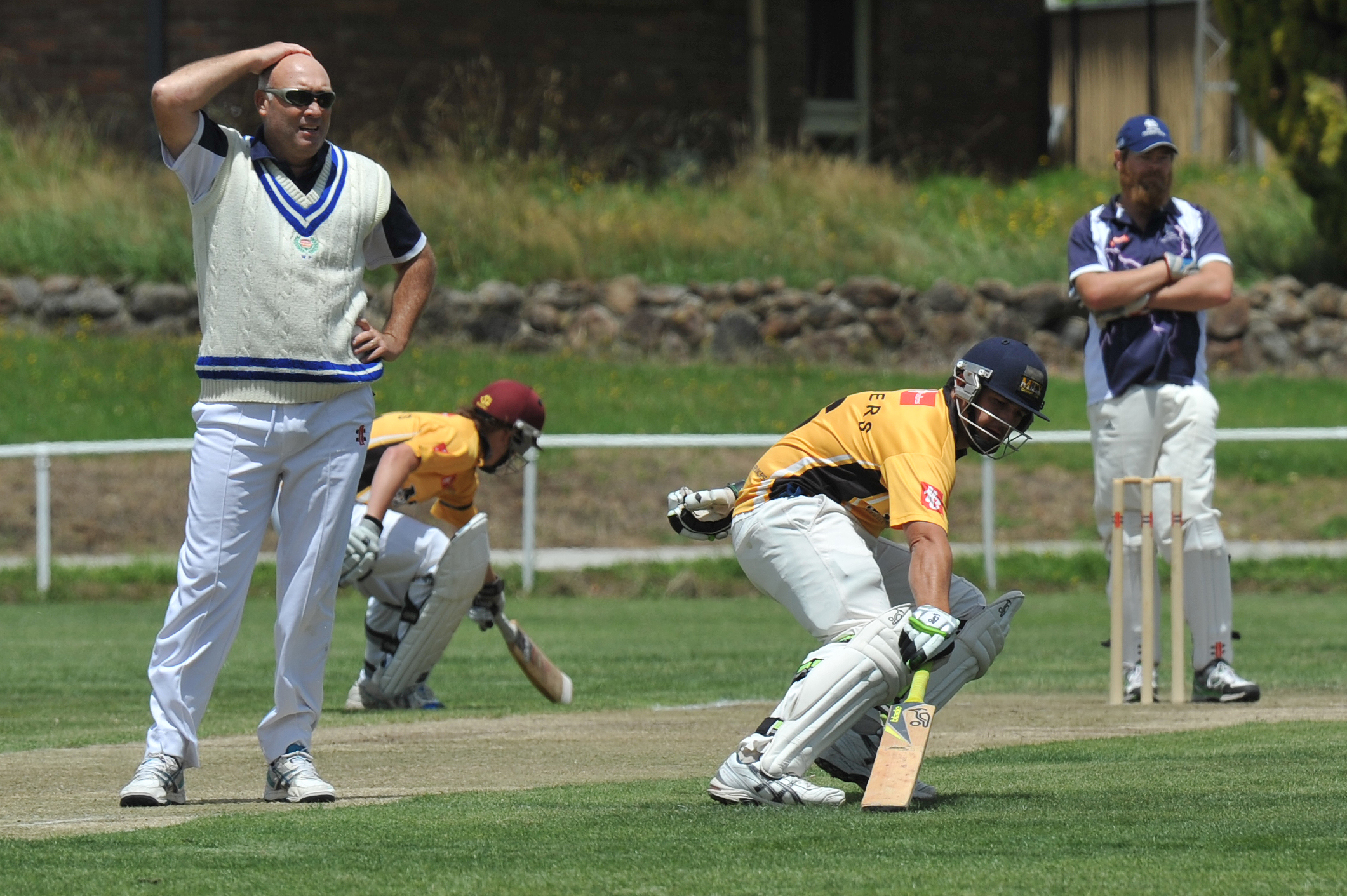 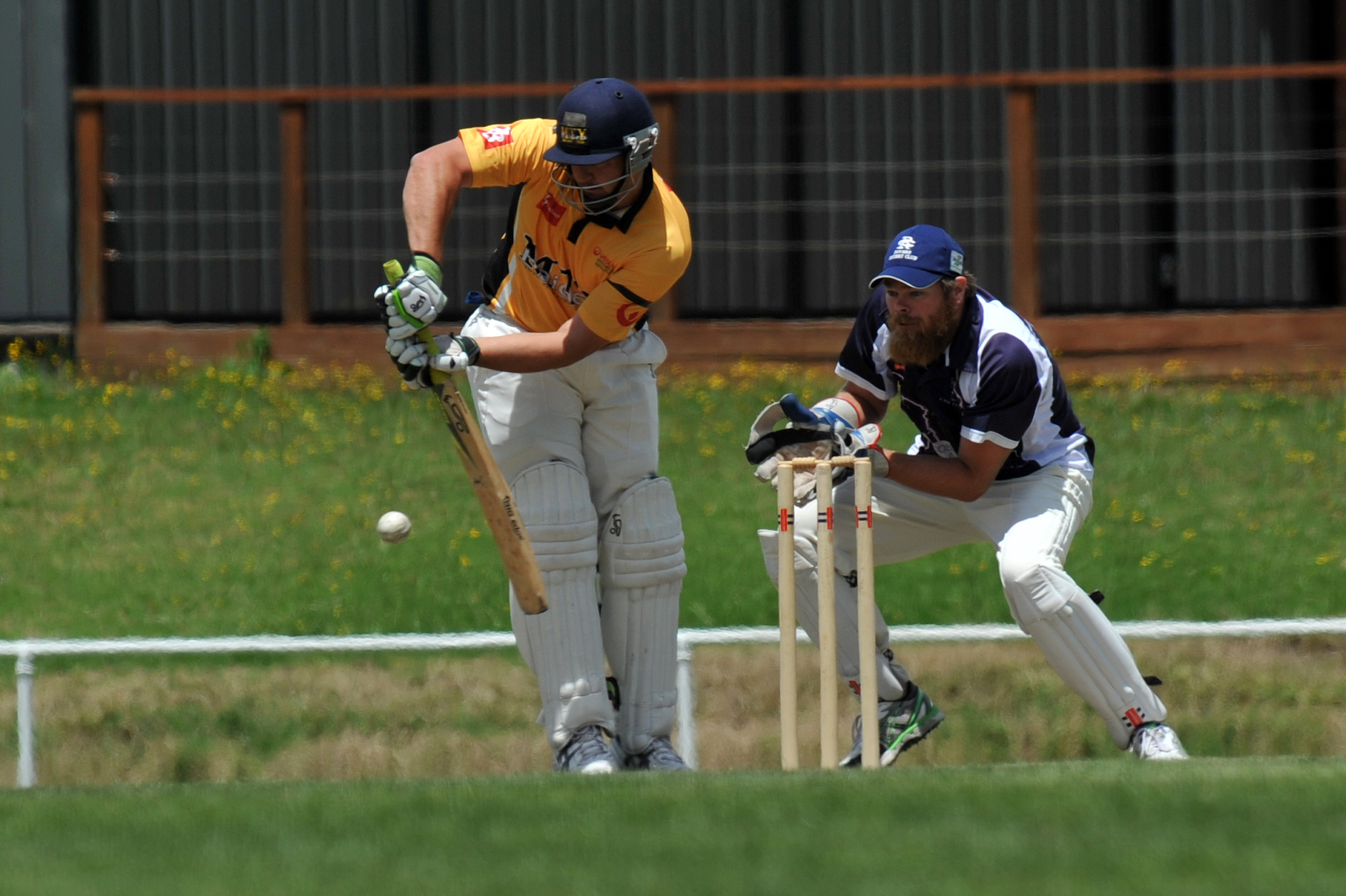 A SENSATIONAL ninth round of Traralgon and District cricket was highlighted by a century from Ex Students opener Greg Munro and a surprise Rovers loss which reignited the race for fourth on the ladder.

The top three teams – Glengarry, Ex Students and Centrals – opened a gap on the field and now look certain to keep their spots with three rounds remaining.

GLENGARRY finally buried a 15 year hoodoo with a crushing eight wicket win against the reigning premiers.

The Tigers slumped to 9/36 after winning the toss, before a last wicket stand of 30 between Shaun Barbour and Leigh Churchill lifted the total to 66.

Cam Graham with 4/14 was the pick of the bowlers for Glengarry in a destructive team effort.

With a big win beckoning Glengarry started poorly to lose 2/6, making the tally for the day to that point 12 wickets for 72 off 25 overs.

Hayden Ross-Schultz (26*) and Frank Marks (21*) then took their time on a challenging wicket to guide their side to victory two wickets down.

TOONGABBIE decided to bat first and was solid throughout to post a competitive 152.

Continuing a late dash for the top four, Imperials never faltered in the chase and cruised to victory one wicket down. Stuart Jones made 69 not out to lead the way with help from Nathan Campbell (23) and Brett Chapman (40*).

CATS batted first and never found their groove in a big clash against Centrals.

Extras equal top scored with 28 to give CATS a fighting chance.

Centrals never looked in any danger after an opening stand of 38 between Dave Hosking (23) and Steve Hazelman (23). Corey Pollard then saw his side to victory with 32 not out.

RAIDERS won the toss, chose to bat and never looked back as they blasted Rovers to every corner of Duncan Cameron Park in a magnificent total of 8/227.

The star for Raiders was Matt Cowling who made a blistering 91 before falling shy of a well deserved ton.

Brad Knowles chimed in with 48 as Raiders dominated proceedings.

Greg Bramwell took the pace off the ball to claim 3/41 for Rovers.

In a tough run chase Rovers stood firm and batted out the day to be 8/196, coming up short by 31 runs.

Todd Mann’s stellar season continued with a knock of 50, while young guns Dougal Williams (29) and Stefan Sbaglia (28) both batted well.

Raiders spinner Ross Whelpdale (3/31) was the pick of the bowlers.

TRARALGON West was ousted for 107 in 40 overs after winning the toss.

The Sharks bowlers were fantastic all day, led by Michael Stockdale and Jackson Beani with three wickets each while Michael Warne kept things tidy in a spell of 1/10 off nine overs.

Ex Students cruised to victory without losing a wicket.

An opening stand of 150 by Jackson McMahon, who made 46, was dominated by a punishing century from Greg Munro who remained 109 not out at stumps. The Sharks finished the day 2/189, with a rare failure from the inform Jordan Gilmore (0) coming at the right time.