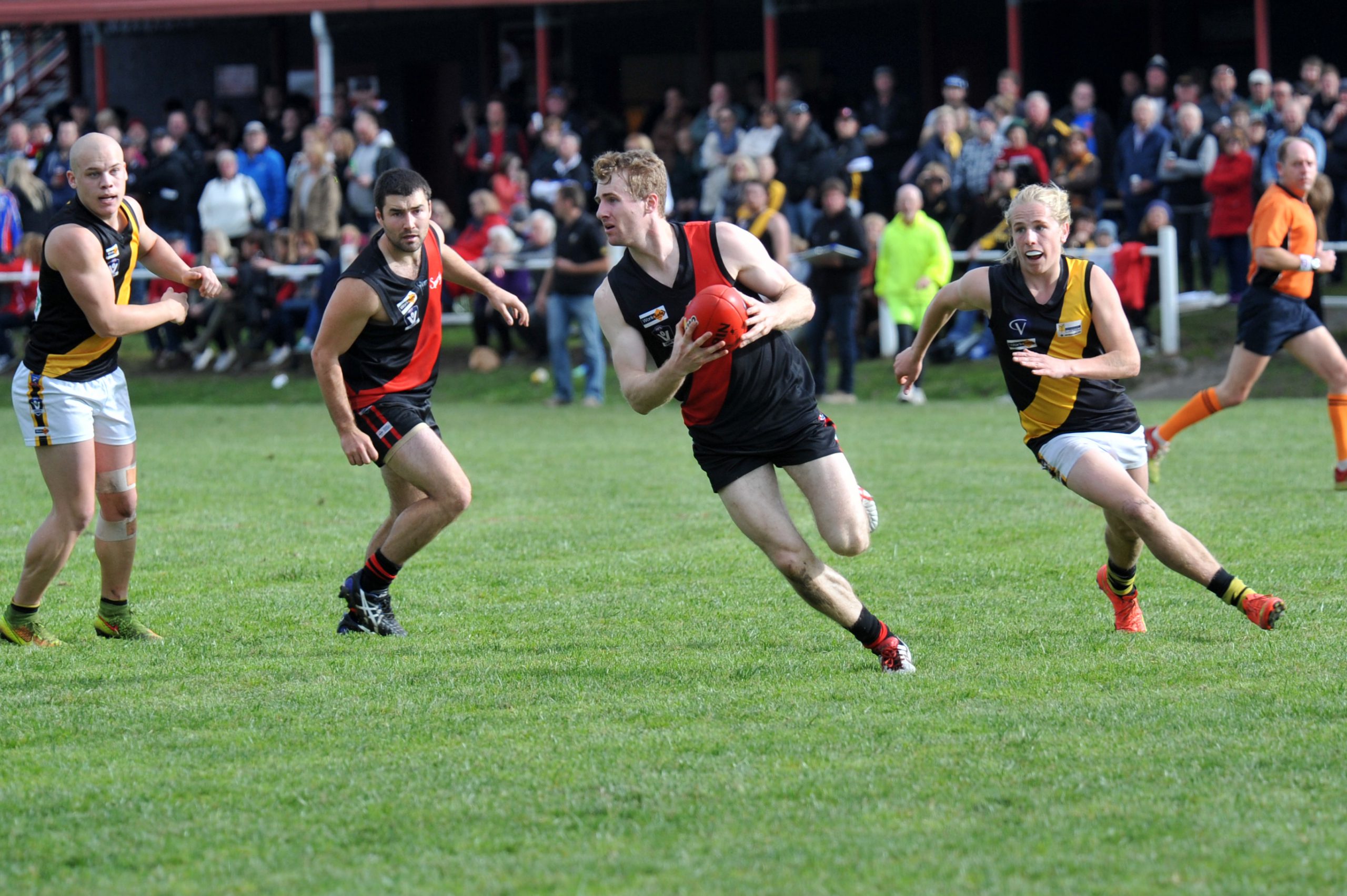 YALLOURN-Yallourn North will contest its first Mid Gippsland grand final since 1996 after a hard fought preliminary final victory over a determined Mirboo North.

The 20-point win at Trafalgar means the Bombers will face up to Yinnar this weekend in the 2015 decider, while Mirboo North’s three-peat ambitions lay in ruin.

Before a near record crowd, the preliminary final lived up to the pre-match hype with both teams going in hard.

Perfect conditions made the game attractive with excellent skills shown by both sides.

Mirboo North hit the ground running and goaled within the first minute when Matt Holland, on return from injury, kicked truly.

YYN was not lax and replied quickly through Barrie Burnett; two goals in two minutes set the pattern as the sides traded majors in the first term.

Burnett was proving a match winner with nine kicks in the first 11 minutes but it was up forward that YYN was starting to gain the breaks with goals to Tyler Brown, Luke Norder and coach Adam Bailey. Mirboo North got lost in the traffic which was going one way as YYN started to dominate the game.

Frustration set in and the Tigers gave away two 50 metre penalties which resulted in goals.

Mirboo North was able to claw back into the game with a slight wind advantage in the second term.

Two quick goals by the Tigers brought them a bit closer but their good work was undone when Tom Hutton scored his third and Dale Murphy also posted one for the Bombers.

When Brown goaled all hope looked gone for the Tigers as they were down 25 points.

A brief melee brought Mirboo North alive and it controlled the ball in its forward 50, putting on 3.4 (22) in a rush to get within five points at the long break.

The third term saw a big change come over the game; Murphy and Norder were taking control in the ruck and with Brown and Burnett in good form the Bombers shut down Mirboo North’s playmakers.

It was a hard physical clash as both sides traded bumps and the odd fisticuffs but it was YYN which stood out as the side’s running players kept it on the move.

A further three goals to 0.3 (3) put the Bombers in the box seat for an important win.

A mix of hotheads saw a player from each team sent to the sin-bin for 20 minutes to cool down and by three-quarter-time YYN was 21 points to the advantage.

Try as they may the Tigers could not gain any inroads to the deficit as they traded goals with YYN.

The reigning premier threw everything at YYN but the Bombers refused to be intimidated.

Kris Berchtold booted four goals for the Tigers in their last game of 2015.