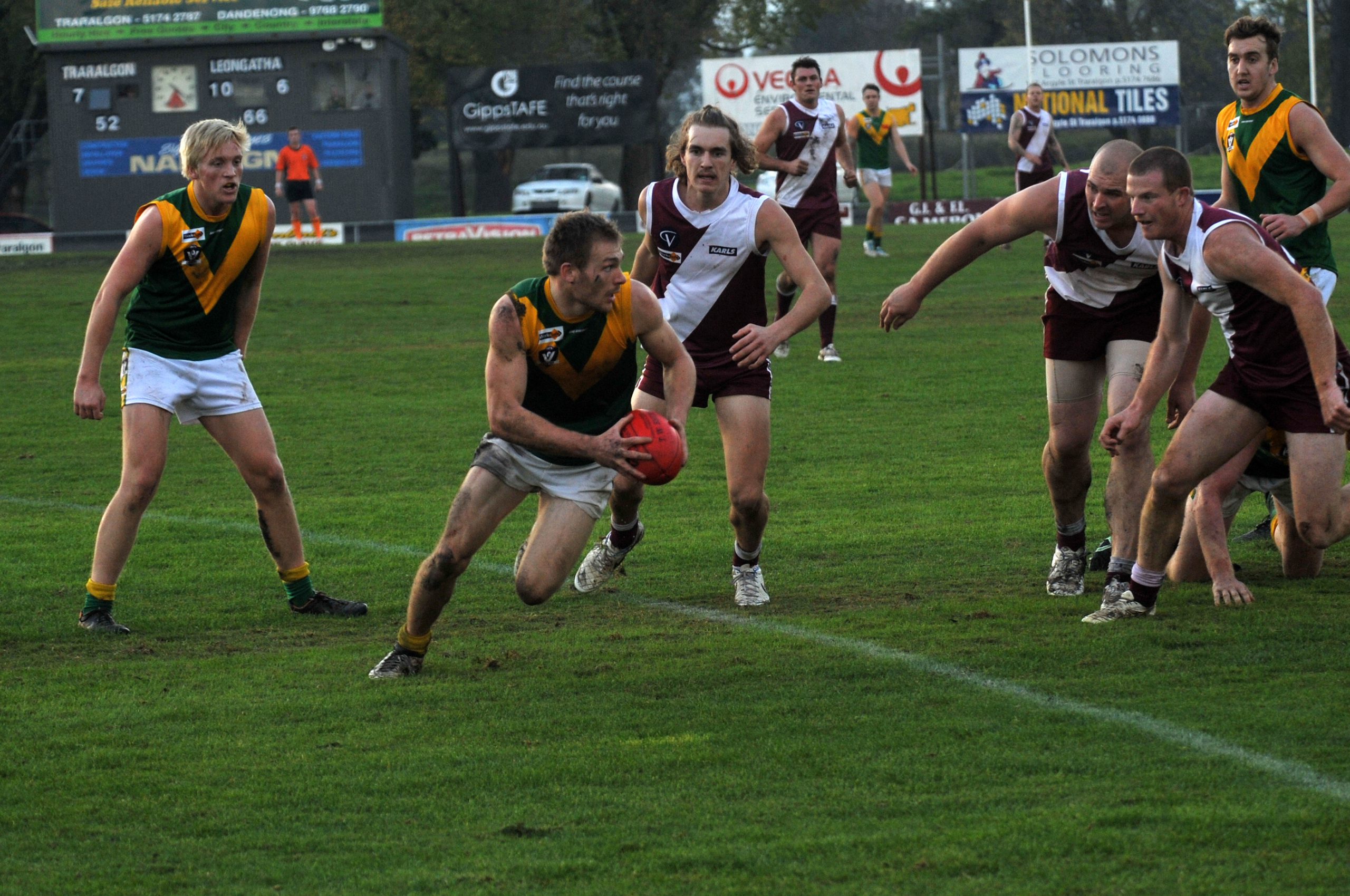 LEONGATHA will meet Traralgon in the 2015 Gippsland League grand final after defeating Maffra by 45-points in yesterday’s preliminary final at Morwell.

Parrots president Mal Mackie, who made the call to appoint former club and Gippsland Power player Beau Vernon as senior coach this season, said the mood was euphoric following the win.

“Look it is sensational… I’ve never seen the atmosphere or the rooms like it,” Mackie said.

“We thought Beau would be good at his job… he’s brought the whole club together; he’s done an awesome job.

“Win, lose or draw we’ll be happy, especially from where we have come from as a club.”

Leongatha has gone from finishing seventh last year to claim the minor premiership and now a berth in the grand final.

“I’m over the moon. I’m just so, so proud of the blokes and their efforts today. It was fantastic,” Vernon said after yesterday’s emphatic victory over the Eagles.

The Parrots burst out of the blocks, slamming on seven goals to one in a dominant opening term, which saw the minor premier lead by 35-points at the first change.

“We put the scoreboard pressure on early which makes a massive difference in finals,” Vernon said.

Leongatha extended its lead ever so slightly in a low-scoring second term which saw the margin out to 40-points at half-time.

Maffra came out firing in the third quarter; the Eagles kicked six goals to three to be within 20 points of Leongatha at three-quarter-time.

“They got a fair run on us in the third, but we felt like we combatted that, we got a run on them, and to bounce back the way we did is a credit to the boys,” Vernon said.

It was all the Parrots in the last; the minor premier kicked seven goals to two to run out a convincing 45-point winner.

Jake Best was the star with six goals, while Cade Maskell kicked four.

“I’m just excited…can’t wait for next Saturday,” Vernon said ahead of the biggest week of his coaching career so far.

Traralgon’s reserves and thirds progressed to their deciders, meaning the Maroons will feature in every grade on grand final day.

B grade Drouin 41 def by Leongatha 46