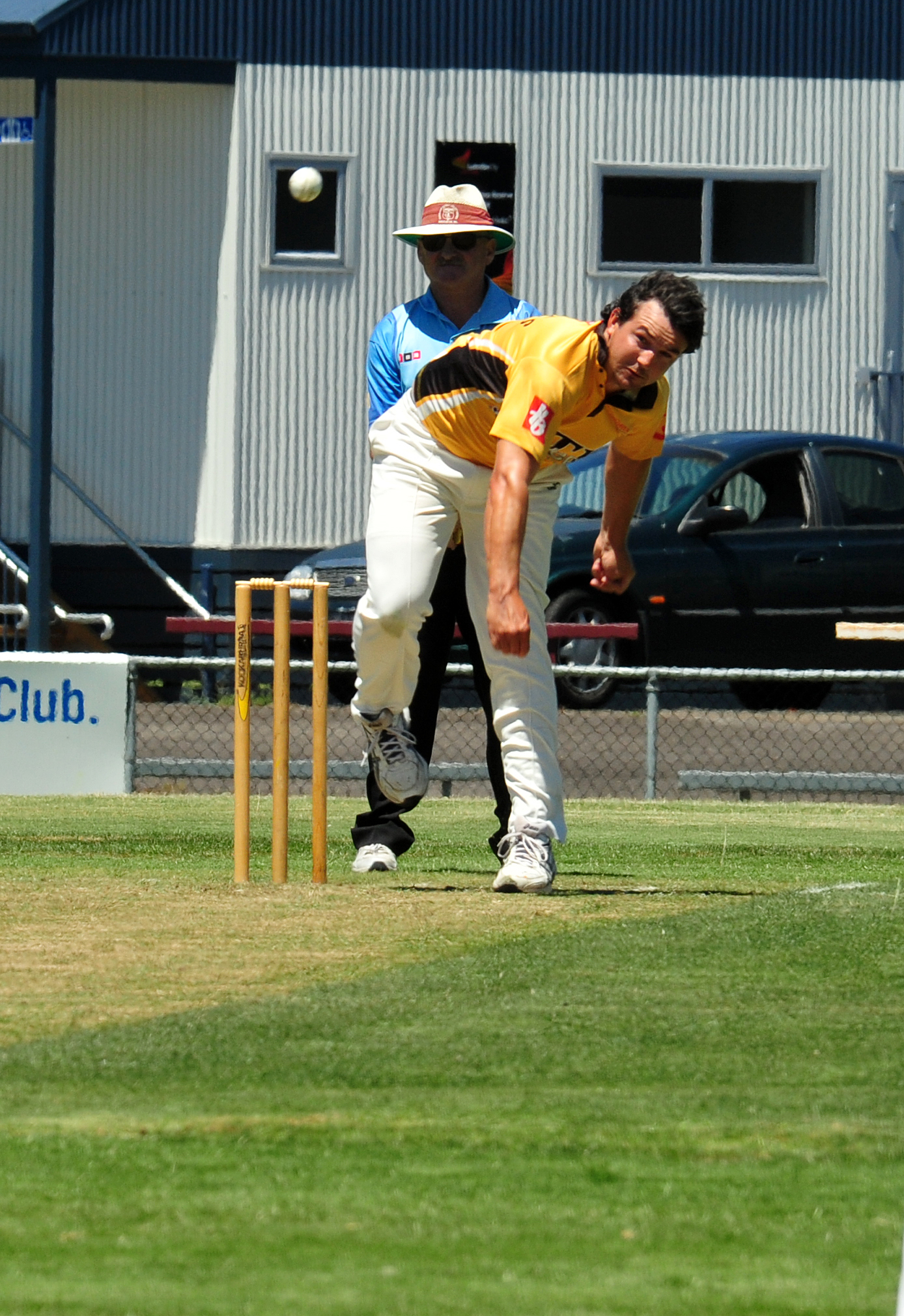 THERE is plenty at stake for Traralgon and district cricket teams on day two of round 10 on Saturday with the jostle on at the top of the tree.

RAIDERS’ bulldozer Brad Knowles will be gunning to skin the Tigers cheaply when play resumes on Saturday.

Resuming at 6/61 still needing 33 to win, Gormandale will need to fend off a feisty Knowles, who already has four wickets to his name, to get home.

The skipper has an incredible 36 wickets at an average of four this season and will be the deciding factor.

Will Cheatley and Kade Joske hold the key in the first half hour if the Tigers are to win and retain top spot.

AT 3/44 Centrals needs 62 more runs to haul in Ex Students and all but assure a finals spot.

Mark Rawson is 27 not out and is the scalp the Sharks need early.

It will take a monumental bowling effort for Ex Students to win this game.

Rob Voss, Andy Mathews and Michael Warne must take wickets; bowling tight won’t be enough as Centrals require less than one run an over to win.

CATS must make 178 to keep its slim finals hopes alive in this clash against Churchill.

Batting has been a stumbling block so far and a collapse could be season ending.

Ben Julin must score big for CATS to win, and needs others to bat around him.

Brendan Mason and Chris Williams have to take early wickets for the Cobras to strike.

In a positive sign Traralgon West has batted for long periods in its second innings and clubs have been thwarted in their outright attempts.

The key wicket will be Tim Fitch who can occupy the crease for a long time.

The Magpies’ shot at maximum points could become a thriller as they chase down a target in potentially limited time.

All the young side needs is for one batsmen to make 50-plus and they should do it.

Brad Sizeland and Nat Campbell will be pivotal if Imperials can get the points.