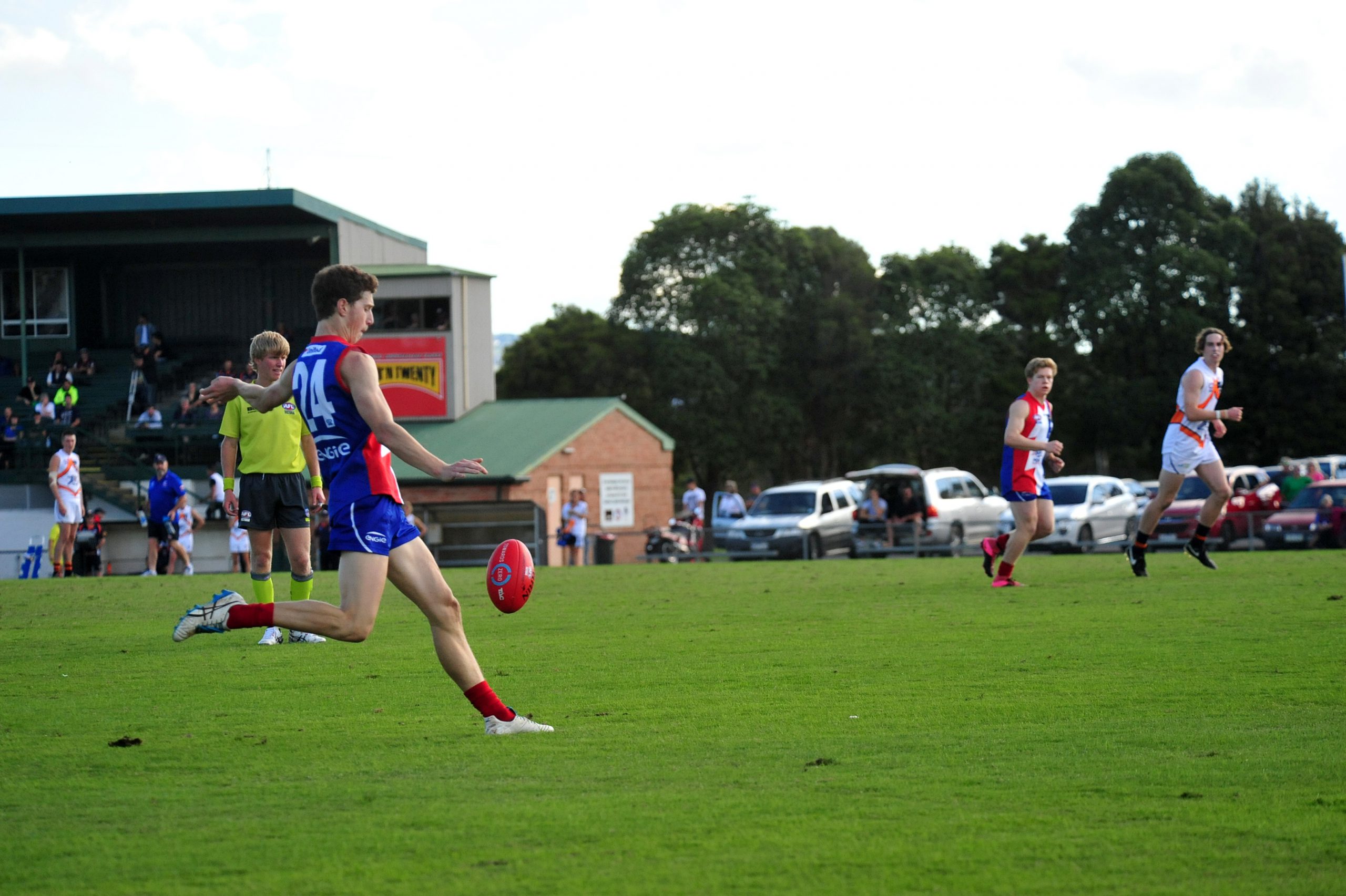 GAME six of the TAC Cup brought loss number six for Gippsland Power but there were plenty of positives in the side’s 16.8 (104) to 7.13 (55) defeat at the hands of Sandringham.

On paper the Power was facing a severe challenge without brilliant captain Ben Ainsworth due to suspension while vice-captain Will Leslie was a late withdrawal due to a minor injury.

The Dragons are one of the elite competition’s top sides, so the odds were stacked against a relatively inexperienced Power team.

A 49-point loss does not look flattering but some of the other statistics were less one sided.

The Power had 20 per cent more forward 50 entries, but were unable to convert these into points; their conversion rate was one in eight while the Dragons scored goals every one in three entries.

This proved to be a huge handicap for the Power as they applied consistent pressure to minimise the Dragons’ chances to score and then worked equally as hard to get the ball into their forward zone.

They had almost as many scoring shots as the Dragons, but kicked inaccurately and wasted too many opportunities.

This allowed the Dragons to score the first goal of the match but the Power stemmed the flow with some stoic defence.

A rebound goal put the Dragons further ahead but the Power’s intense forward pressure by Austin Hodge and Anthony Young set up Nick Mulqueen for a fine snap.

Sandringham hit back quickly but the Power again dug deep to block avenues to goal.

A major on the siren gave the Dragons a 19-point lead at quarter-time.

The Power had just one goal from 14 forward 50 entries to the Dragons’ four from 12 opportunities to score.

Hard in defence, Gippsland had more than 25 tackles and was making the Dragons work all over the field.

In the opening minutes of the second quarter the Power again put the Dragons under the pump and it took them nearly eight minutes to kick a goal, which came from a free kick.

Gippsland worked hard in response and Hodge was able to nab a vital goal.

A reply from the resultant centre bounce indicated the Dragons were not amused.

To add insult to injury, the Dragons got another goal from the centre bounce and went to the long break 37 points up and in total control.

The pattern of the first half continued early in the third quarter as the Power held the Dragons goalless before eventually conceding a rebound major due to a poor turnover.

Despite earning many gettable scoring opportunities, the Power continued to miss easy goals.

It took a long and direct forward thrust by Callum Porter to set up a snap by Nathan Voss and then Keenan Hughes kicked another from a free.

A freakish goal allowed the Dragons to level the goal scoring for the term but the Power had dominated much of the quarter.

They had restricted the opposition to six scoring opportunities while setting up more than 20 chances for themselves, yet they trailed by 34 at the change.

The Dragons scored a relatively easy goal from a turnover to start the fourth but the Power hit back after a fine interception by Ethan East to allow Porter to snap a morale boosting six-pointer.

Once again the Power was unable to accurately convert hard-won forward entries but the Dragons rubbed salt into this self-inflicted wound by kicking three easy majors.

Power stand-in captain Kade Renooy offered some hard running and creative ball use to get the ball up forward and Kieren Byers finished it off with a fine goal from the 50-metre line.

Two further goals by the Dragons gave them scoreboard superiority but Renooy managed one on the siren to finally give the Power consolation.

Key forward Sean Masterton was also challenged with a move to another role and responded well when switched into defence.

The Power will travel to Eastern Ranges next round to pursue their first win.