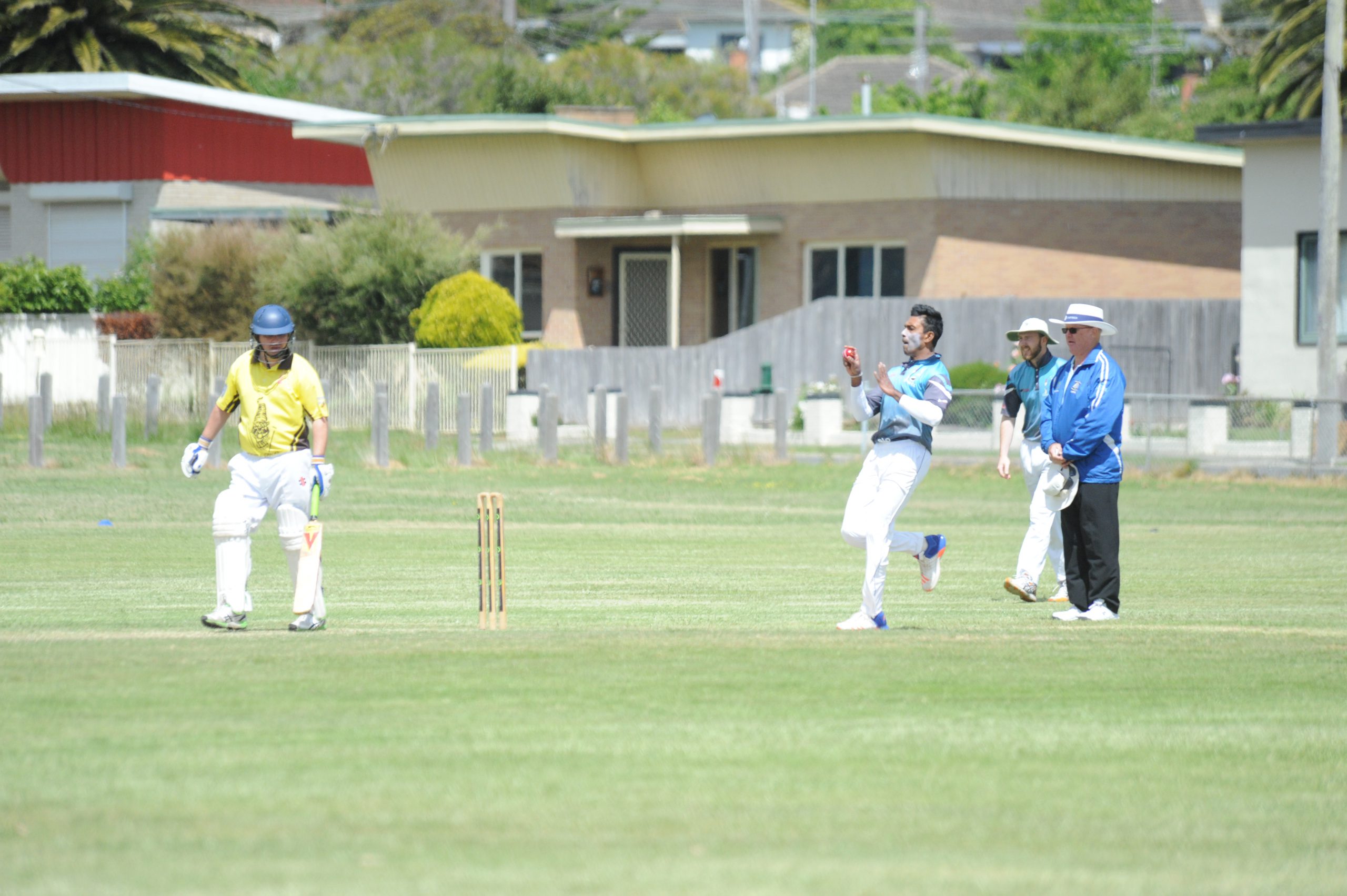 The Central Gippsland Cricket Association will gear up for the start of two-day cricket this weekend after the final round of one-dayers wrapped up in round five.

Morwell continued its A grade dominance in season 2017/18 with a landslide win over defending premier Latrobe at Peter Siddle Oval.

The away side won the toss and sent Latrobe in to bat in a move that quickly proved to be the right one.

Opener Benn Zomer’s knock of 18 was the highest the Sharks could manage with Hayden Kimpton adding 15, Steven Freshwater 13 and Adam Duncan 12.

Mark Cukier was the main source of destruction for the rampant Tigers and finished with 5/14 from 10 overs including three maidens while Lewis Harper, Blake Mills and Brent Reside all managed single-wicket hauls to have the defending premier all out for 85.

Morwell survived an early scare in the run chase after losing Cukier for a duck but barely stumbled thereafter, going on to notch 214 and the win.

Robert Webber continued his rock-steady season and made it past the half-century mark for the fourth consecutive week and top-scored with 85.

Blake Mills was similarly impressive and kept up his stellar form 69 to take his run total to 306 for the season while Brendan Brincat added 36.

Zac Brown was the pick of the bowlers for Latrobe and the only multiple wicket-taker with 3/45.

Morwell kicks off its two-day campaign against Jeeralang-Boolarra this weekend while Latrobe travels to take on Mirboo North.

Jeeralang-Boolarra handed Moe its second consecutive loss at the weekend when it travelled well to take the round five win at Ted Summerton Reserve in a low-scoring thriller.

The Lions were sent in to bat on their home turf and never managed to get their innings under way.

In a staggering collapse, the next four fell for ducks to all but end Moe’s innings.

Patrick Spiteri and Ben Maslen rescued Moe from total devastation to take see it all out for 56 in the 27th over.

Stanley Urbanic enjoyed a day out with the ball and finished with a huge 5/12 for the Panthers while Dillon Leys took 3/28 and Craig Blackberry 2/8.

Jeeralang-Boolarra was similarly shaky in reply and lost Nick Duncan, Ben Heath and Nick Reed to sit at 3/20.

Reed’s opening knock of 16 was the best for the Panthers and was enough to see them stagger over the line nine wickets down in the 63rd over.

Moe comes up against Trafalgar in the first round of two-day action this weekend.

Mirboo North wasn’t troubled by Trafalgar at the weekend and capped off its one-day play with a win on the road.

The Ships won the toss and batted first and looked in strife after losing opener Nick Gurney for one.

Trafalgar’s innings plotted along with Marco Higgins’ knock of 29 the best of its eventual 80.

Spinner Dale Banks and all-rounder Rob Phoenix enjoyed a day out with the ball and finished with four wickets each while Rohan Hughes took 2/17.

Brendan Van Heurck fell just short of a half century and top-scored for Mirboo North in the run chase with 46 while Phoenix added 33 to the total of 126.

Liam Durkin was the best of the bowlers for Trafalgar and finished with three wickets for the third time this season while David Bremner took 2/23.

Trafalgar will travel to take on Moe when two-day action begins this weekend while Mirboo North will host Latrobe in the 2016/17 grand final rematch.