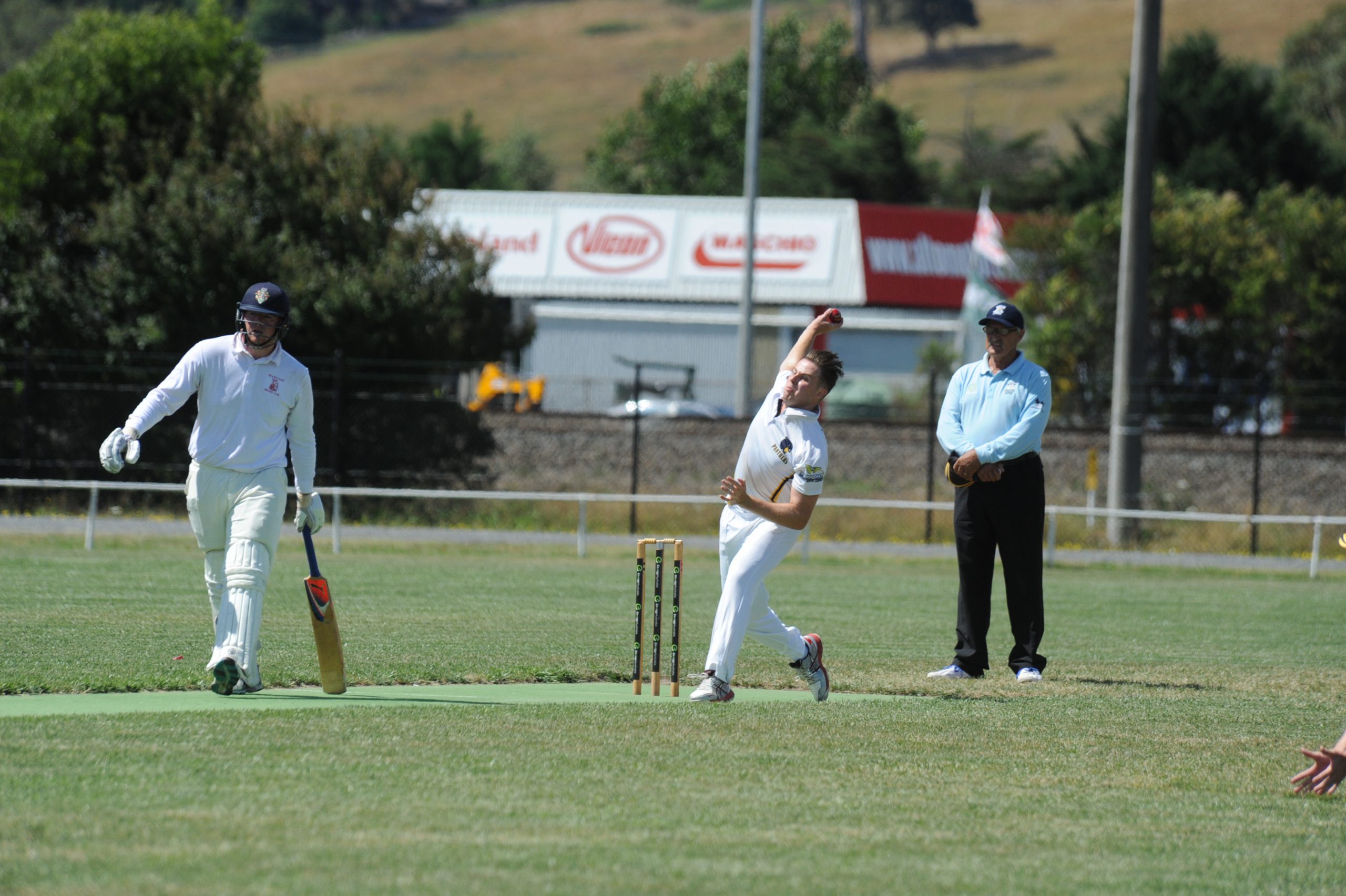 Jeeralang-Boolarra has all but booked itself a finals berth after leapfrogging Moe for second spot on the Central Gippsland Cricket Association ladder after it secured first innings points with a stunning performance against Trafalgar on day one.

Brodie Burgess was the first casualty of the day for a duck and it was all downhill for Trafalgar thereafter.

Nick Gurney’s 31 was the best any Ship could manage in an innings that had eight players fall for four runs or less for a paltry total of 72.

Matt McGrath was the pick of the Panthers’ bowlers and finished with 4/29 while Tim Laaks took 3/6 and singles went to Stanley Urbanic, Chris Blake and Mark Rawson.

Jeeralang-Boolarra overcame an early hiccup in the run chase after slumping to 3/18 but regrouped through the efforts of Nick Duncan (44) and Ben Heath (24) to round out day one at 5/109.

Jack Hurst (2/12) and Anthony Clarke-Bruce (2/11) did the heavy lifting for Trafalgar with the ball and Zack Brown chipped in with 1/21.

Morwell has continued to assert its dominance in the Central Gippsland Cricket Association with an unforgiving bowling performance against Latrobe in round 11 action at the weekend.

Lewis Harper led the way for the Tigers with a stunning seven-wicket haul that included the scalps of the first five Latrobe batsmen.

Blake Mills (2/38) and Robert Webber (1/27) cleaned up the rest of the Latrobe order to put the defending premier all out for 88.

Rob McKinley was the only shining light for the Sharks in an otherwise forgettable performance with a top score of 35 before he fell victim to the rampaging Harper.

Morwell will resume its tilt for the 2017/18 flag when play resumes this weekend at Peter Siddle Oval.

The Tigers top order is a daunting prospect for Latrobe with the likes of Mills, Mark Cukier, Brendan Brincat and Webber sure to pile on the pressure on day two.

Moe will be forced to chase its tail on day two of round 11 after Mirboo North batted out day one to sit in a commanding position at 6/217.

After a fairly quiet season to date, Tigers skipper Shane Peters enjoyed a return to form at number three and top scored with a knock of 71 to give his side some breathing room.

Saad Qureshi was next best for Mirboo North with 36 while Brett Pedlow (22), Will Cheatley (20) and Rob Phoenix (19) all made valuable contributions.

Moe captain Andrew Philip has done a lot of heavy lifting for his side so far this season and sits atop the association batting table with 469.

After scores of two and five in recent weeks the Lions will need their skipper to return to form on day two to stand a chance.

With just six matches under his belt for 2017/18, team mate Nathan Lee sits seventh in the batting stakes on 238.

The Lions have slipped on the CGCA ladder after surprise packet Jeeralang-Boolarra claimed first innings points against Trafalgar to move in to second spot behind Morwell.

Mirboo North sits inside the top four with a buffer of 10 points separating it from its nearest rival Latrobe in fifth.