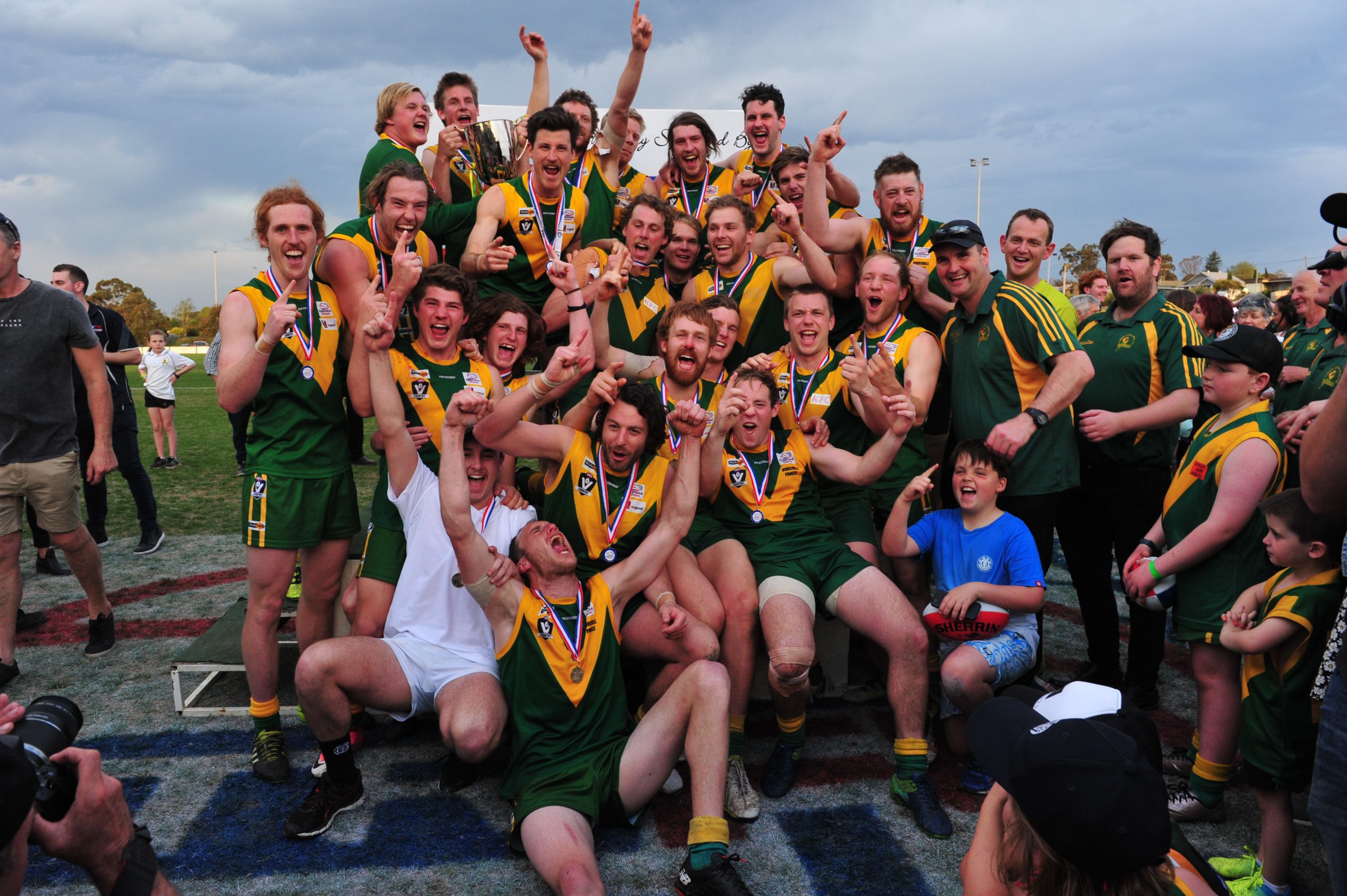 Defending champions Leongatha will unfurl their senior premiership flag at home against rivals Wonthaggi in a special Good Friday clash to kick off the split round one in the Gippsland Football League.

The Parrots have retained most of their 2017 premiership players but head into this weekend’s home game with a new face at the helm.

Paul Carbis takes over the role of senior coach from the outgoing Beau Vernon and with his new side focused on “getting to know one another”, Carbis said “the proof will be in the pudding” and expected the Parrots’ form of 2017 form to carry into round one.

“I’ll be pretty disappointed if we don’t make finals or we didn’t make top three at least,” Carbis said.

“So far I’m happy with the way we’re going.”

Utility Zak Vernon has followed brother Beau to Phillip Island and round one will reveal just how big a gap he leaves in the Parrots’ line up.

Aaron Hillberg has jumped ship to Korumburra-Bena and will also need to be covered up forward after kicking 35 goals last season.

For Wonthaggi, recruitment has been high priority in the off-season.

Among the new faces at the Power is 2016 VFL premiership Bulldog Jordan Staley who will slot in up forward.

Jarrod Membrey is the only notable out for Wonthaggi but makes way for star recruit Arryn Siposs, who played 28 games for St Kilda between 2011 and 2015.

Siposs has since been offered a scholarship to play college football in America but will be available for select games for Power early in the season.

The last encounter between the sides was a write off for Wonthaggi as they endured an 80-point drubbing from Leongatha.

The earlier round two meeting was much the same and the Parrots stormed home to a 90-point win.

This weekend’s game will be held on Good Friday at Leongatha Recreation Reserve from 2.20pm.

Warragul and Morwell will round out the special Good Friday fixtures in the Gippsland League this weekend as they get their seasons underway at Western Park from 2.20pm.

The Gulls failed to make finals in 2017 but have had an active off-season in the recruitment department and welcome several promising new faces to the nest.

A number of players return to Warragul after stints with Ellinbank league clubs including 2017 EDFL leading goal kicker Tyssen Morrow, who will go some way to filling the void left by departing 2016 Trood Award and Rodda Medallist Brad Scalzo, who has joined Narre Warren.

The two meetings between Warragul and Morwell in 2017 resulted in a win apiece but their last encounter in round 11 went the way of the Tigers to the tune of 28 points.

Morwell finished fifth in 2017 and were knocked out in the elimination final against Moe but remain somewhat of an unknown ahead of season 2018 after the loss of several experienced players including Hayden Britten (Glengarry), Michael Duncan (TTU) and Tristan Salerno (Mirboo North).

Coach Joel Soutar said the team was hoping to remain competitive despite the losses ahead of round one.

“We’ve still got a good young core group together that can hopefully play some good footy,” Soutar said.

“We’ll be an attacking side when we can but know there are good sides out there so we have to defend hard with our set ups.”