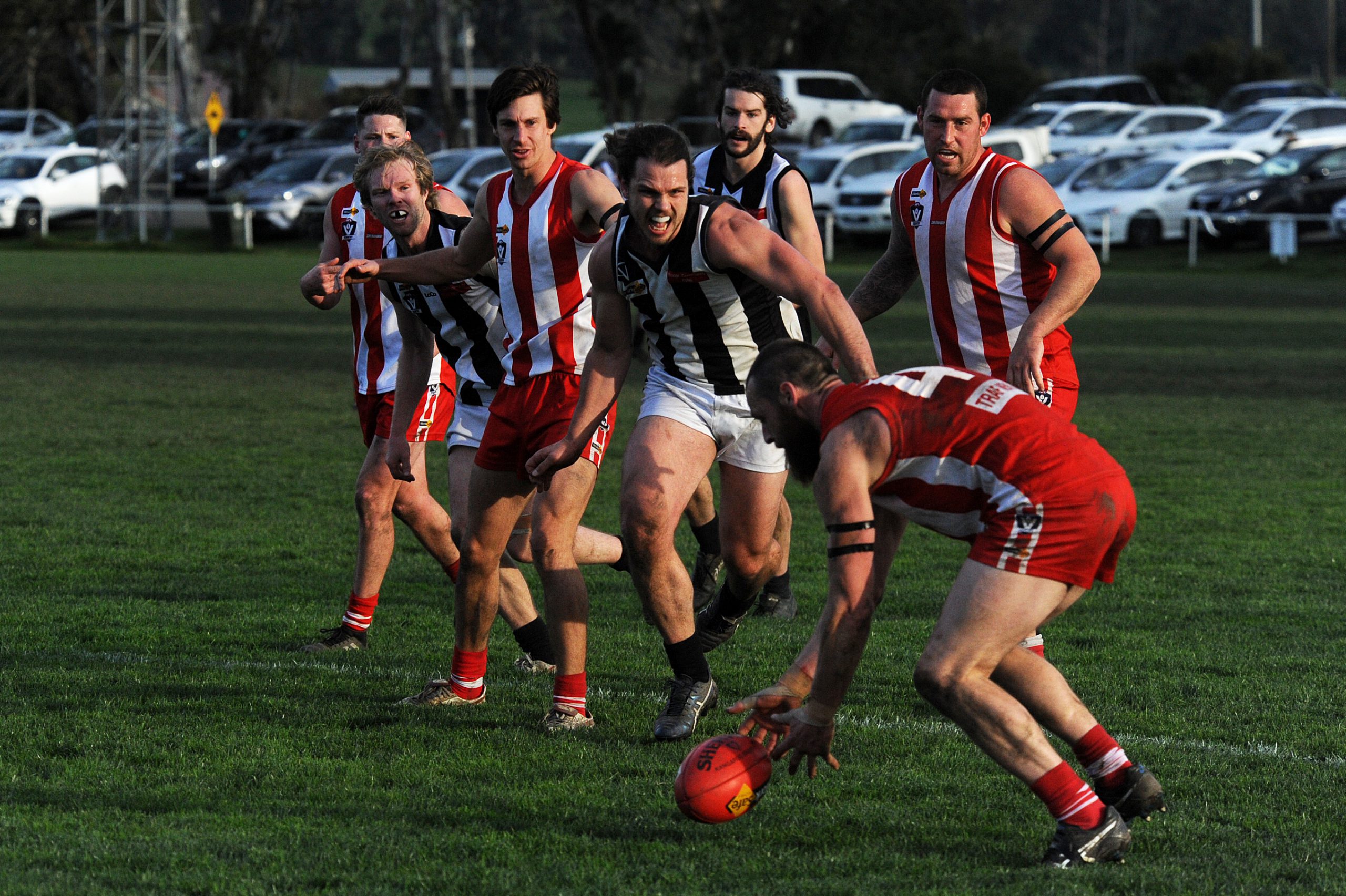 The time has finally come for one side to lift the 2018 Mid Gippsland Football League premiership trophy.

The heartache of the 2017 season when Trafalgar were bundled from the finals race in the very last round of the home and away season has spurred them on.

It has been an unbelievably impressive season for the Bloods who have lost just one of their past 19 matches – testimony to the fact they have built something special.

“It’s just excitement, and all the hard work has culminated in being in the last game of the year, so we’re excited to be there,” Trafalgar coach Clint Einsiedel said.

Yinnar have had three shots at Trafalgar this year, and each time have come up short.

During the latest meeting, just a fortnight ago, they appeared to have an edge in the second semi-final before injuries hit and they lost by 17 points.

Magpies coach Jaime Aitken, like Einsiedel, is an astute judge of personnel and has managed to pull his team through to a grand final against odds.

He might not have been mentioned in the best players last week, but Aitken was instrumental in defence for Yinnar in their preliminary final win over Yallourn-Yallourn North.

You get the feeling, however, the Magpies may need the coaches, experience and composure further up the ground this week as his side looks to counter a strong, disciplined opposition.

Trafalgar are deserved favourites for the 2018 premiership, but Yinnar are capable of big things and desperate to give their retiring coach a premiership.

Aitken said he “would be stoked” to finish his playing days a premiership coach.

“More importantly, the club is in a really good place so either way we’ll be rapt this weekend,” he said.

Magpie Matt Dyke will be used to unsettle a couple of Bloods on-ballers while talented Trafalgar forward Daniel Hayes and ruck/forward Tyson Leys will likely draw some attention.

As good as the game plan has been by the Bloods for the entire season, it has never been tested before like it will this weekend.

Aitken said the recovery and preparation were key this week after a gruelling hit-out with YYN in the preliminary final.

“It was a tough game on the weekend so we’re focusing on getting the players right,” he said.

The Mid Gippsland Football League senior grand final will be played at Morwell Recreation Reserve on Saturday from 2.35pm.