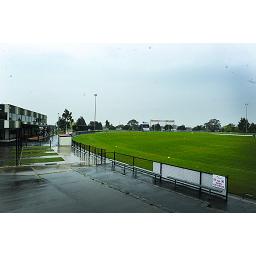 Wet weather hampered round three proceedings in the Latrobe Valley and District Cricket League as matches across all grades were abandoned due to rain.

MTY Raiders won the toss and went into bat against Mirboo North at Yinnar Recreation Reserve and Michael Higgins and Chris Stanlake opened the batting.

Higgins raced to seven before the rain set in while Stanlake didn’t get off the mark, and Ryan Murray and Rohan Hughes bowled an over each for Mirboo North.

Other scheduled Premier A grade matches were called off before a ball was bowled, with a landmark 200th meeting between Morwell and Moe at Ted Summerton Reserve and the clash between CATS and Churchill at George Cain Oval both washouts.

All A grade, Premier B grade and B grade matches were also called off, while C grade players will have to wait another week to start their season after round one washouts across the board.

Morwell are leading the Premier A grade competition heading into round four on six points ahead of CATS – also on six points – and MTY Raiders and Moe in third and fourth, respectively.