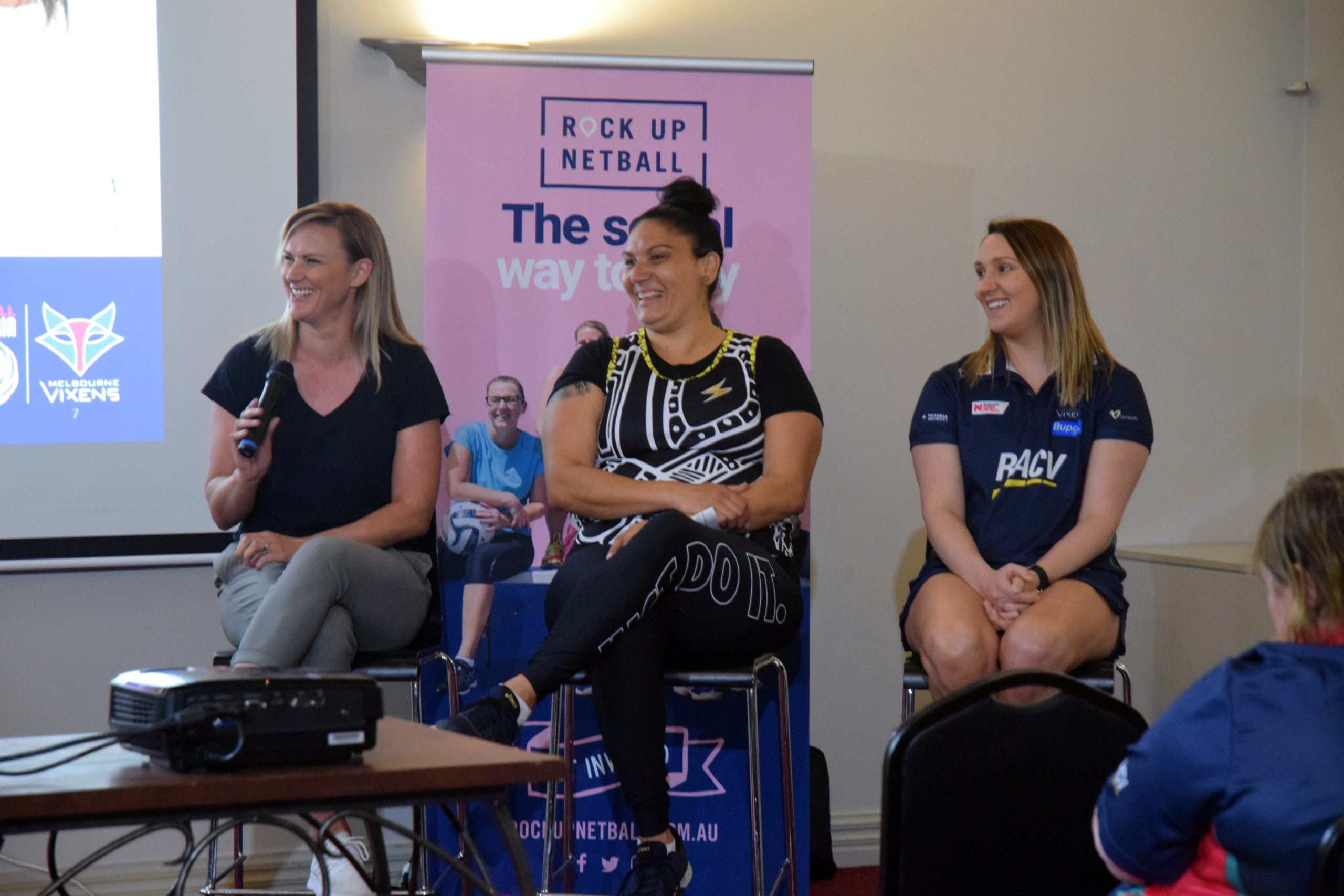 The former Australian team captain was a guest speaker at a panel in Traralgon on Tuesday night encouraging women to participate in physical activity.

McMahon said she had had to re-evaluate what sport and physical activity meant to her after retiring from professional sport.

“Sometimes we are self-conscious or we have those self-doubts,” she said.

“If we can just get ourselves out there and start, that builds our self-confidence and the next time we get out there it builds and builds and it becomes a habit.”

McMahon said she knew what it was like to feel self-conscious, or like she didn’t fit in within sport, and said it was important for women to encourage each other to have a go.

“I think sometimes we can underestimate the impact that being involved in sport has on ourselves, but also the impact it can have on other people,” she said.

“When I was 14 I travelled to Melbourne, I was from country Victoria, and I was going to my first state team.

“The coach stood up in front of a big group of us that were trialling for this team and she said ‘this is going to be a lot of hard work and if you’re not ready to do it, you shouldn’t. Stand up and leave now’. “

McMahon said in that moment she felt inadequate and like she didn’t fit in because the other girls had been through the process before and she hadn’t.

“I was this country kid who had no idea and I was literally in tears,” she said.

“And one of the girls… she was the captain of the previous years’ team, and she came and put her arm around me and said ‘come on, come and sit with us’.

“There was so much of me that said ‘I do not belong here’. But just that one act from here completely changed my experience.”