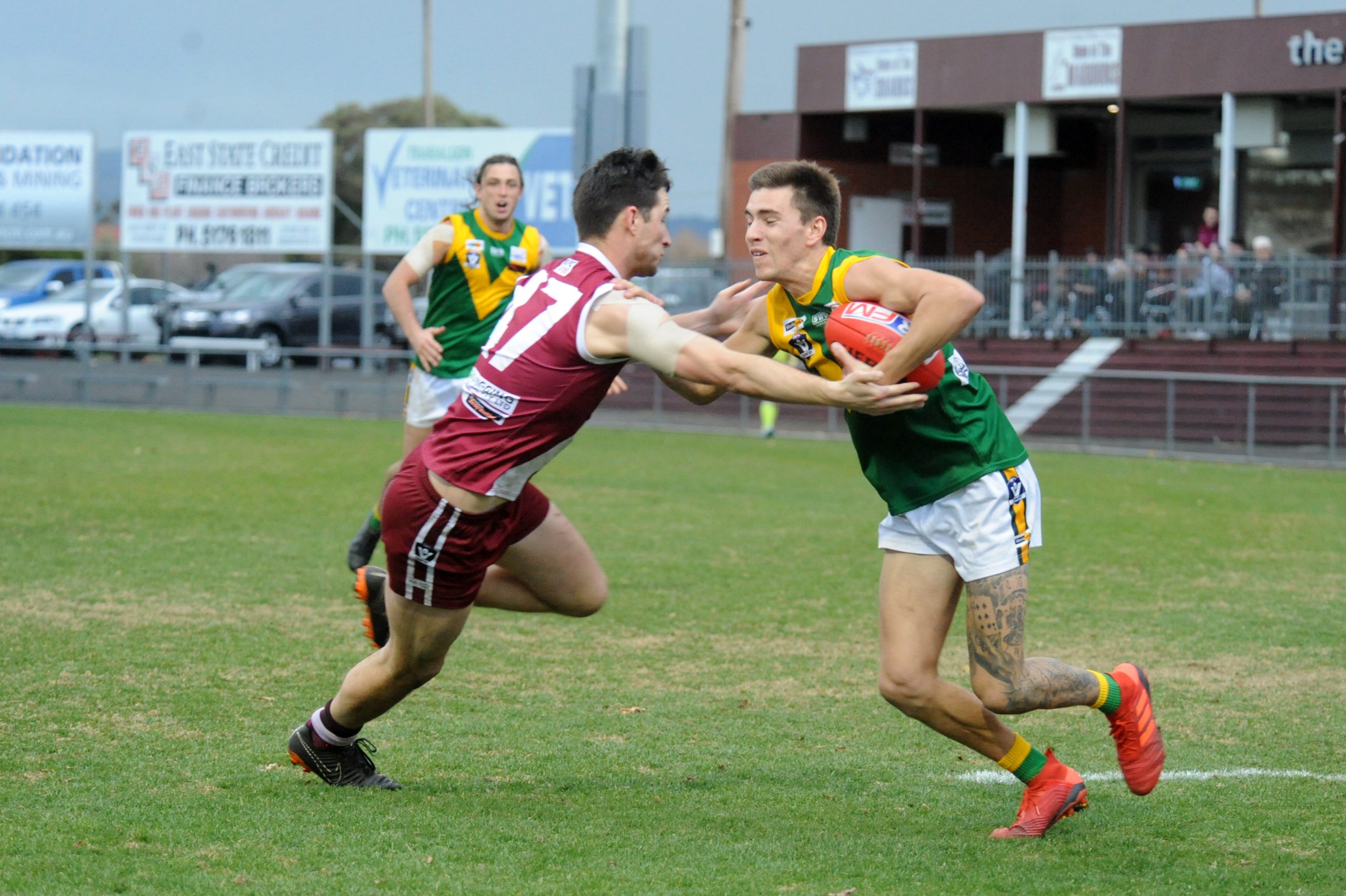 Leongatha have leapt to second spot on the Gippsland league ladder with one game remaining in the season proper, bumping Moe to fourth in the process with a huge win, 24.9 (153) to 6.3 (39).

The defending premiers fired from the first bounce, bursting out of the blocks in the opener with five goals to the Lions’ one to lead by 25 points at the first break.

The home side added another eight goals in a stellar second quarter to stretch the buffer to a game-winning 63 points at half-time.

The Lions were helpless against the Parrots’ run and carry and conceded another six majors in the third term as the margin blew out to 88 points at the last change.

Unrelenting and showing flashes of their 2018 best, Leongatha completed the rout with another six final-term goals to seal a mammoth 114-point win.

Among the best for Leongatha were Tom Marriott, Ben Willis, Maskell and Harry.

The Maroons had the bulk of the play in the first term and capitalised, holding the hosts to two behinds to lead by 12 points at quarter-time.

The Tigers found their first major in the second term but it came with another three behinds while Traralgon added two straight to extend the margin to 15 points at the main break.

Morwell continued to misfire on goal in the third quarter, matching the visitors for shots on goal but finding themselves 15 points in the red at the last change.

Accuracy finally found the Tigers in the last quarter, scoring three goals for their best term of the day only to fall one straight kick short.

Dylan Loprese and Riley Loprese kicked two goals each for Traralgon in the win while singles went to Jacob Van Iwaarden and Cameron Whiteoak.

The Power led by 10 points at the first break in a see-sawing game before Sale reversed their fortunes with a five-goal second term and led by seven points at half-time.

Inaccuracy hampered the Magpies in the third term, kicking three behinds while Wonthaggi piled on six straight to snatch back the lead and stand 26 points in front at the last break.

Power had the lion’s share of the ball in their forward 50 in the run home but converted three goals from six scoring shots while the home side added two goals and one behind to run out 18-point victors.

Troy Harley and Elliot Staley led the way for Power in the upset win with three goals apiece while Ben Eddy kicked two and singles went to six others.

Mitch Dowse and John Gooch kicked two each for Sale.

Ladder leaders Maffra have maintained their stranglehold on the competition with a cruisy win over Drouin in the penultimate game before finals, 23.19 (157) to 6.7 (43).

The Eagles have kept second-placed Leongatha and third-placed Sale at bay with the result, moving one win clear ahead of round 18.

Jack Johnstone was uncontrollable up forward for Maffra and led the way with a bag of seven goals in his most dominant game for the year.

Daniel Bedggood and Thomas Jolly were also on fire and finished with four each while Kade Renooy, Ben Brunt and Thomas Bradshaw each kicked two.

Rhys Salter was Drouin’s only multiple goal scorer with two.

Among the best for Maffra were Ed Carr, Lachlan Channing and Johnstone.

The Redlegs trailed by a point at quarter-time and nudged ahead to lead by two points at half-time.

Their best term came in the third with seven goals increasing the margin to 26 points at three-quarter-time.

The visitors added another five final-quarter goals to run away with the game.

Among the best for Bairnsdale were McCarrey, Somerville and Daniel Preston.