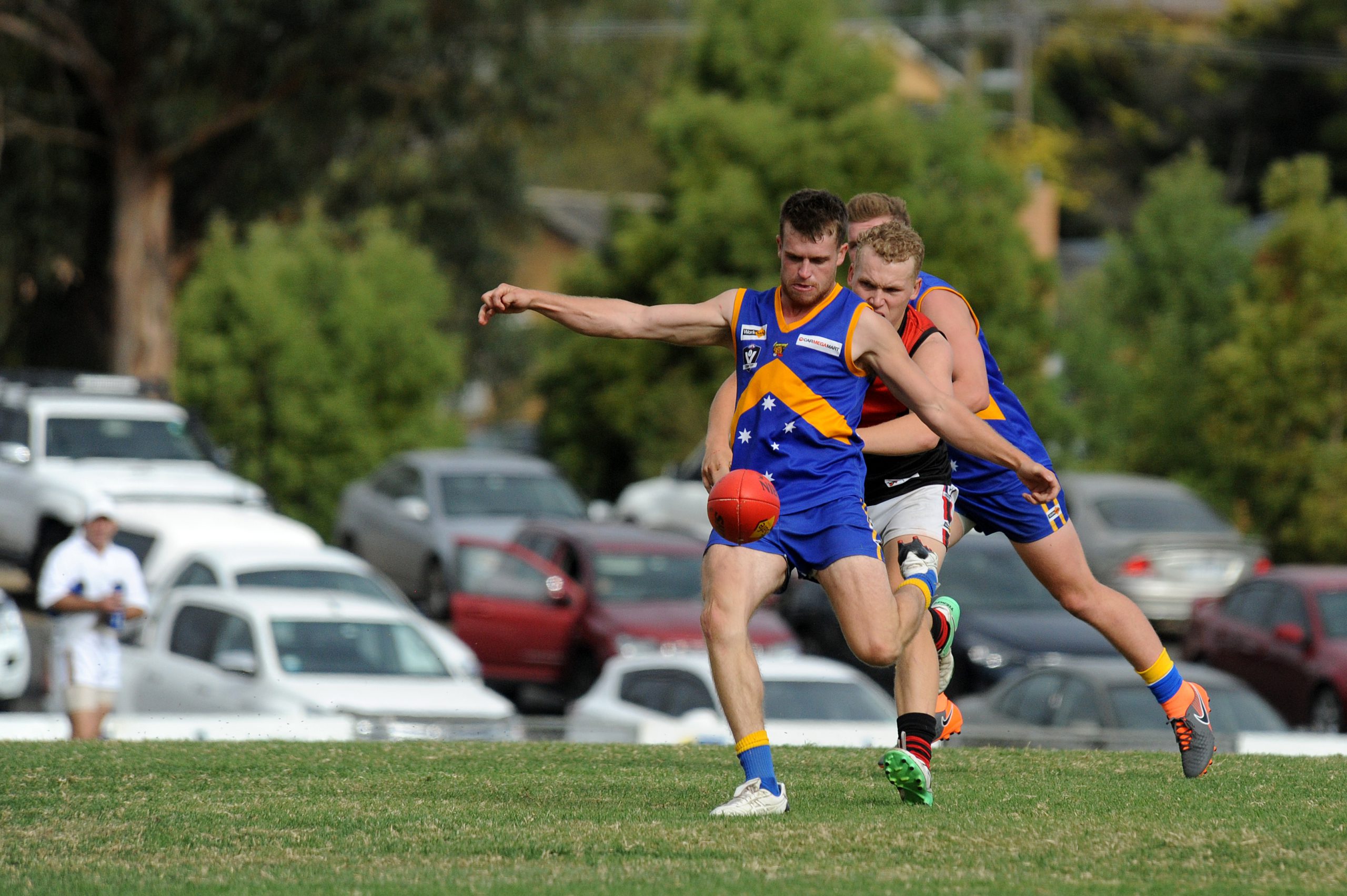 The makeup of the 2019 finals series in the North Gippsland league has been decided after the home and away season wrapped with round 18 action on Saturday.

The Cougars led at every change as all the usual suspects fired to lead them to the minor premiership.

Ben Skinner kicked four goals to take him to 10 from the last three weeks, Brendan Mason kicked three and a quartet of others – Chris Williams, Blake Slater, Allan Chandler and Brendan Holt – all kicked two.

Jordan Fenech, Nick Celima and Dean DeGroot were all among the best for Churchill in the win.

Shane Morgan booted nine goals to finish the season on 67 while Mitchell Evans kicked four and Riley Johnston and Liam Harrington three each.

A four-goal-to-one opening term set Cowwarr up with a 21-point buffer which blew out to 43 points at half-time after an inaccurate quarter of kicking which included three goals and 10 behinds.

The big sticks were easier to find in the third term and the Saints added nine goals and three behinds to the Magpies’ two goals and one behind to stretch the lead to 87 points at the last change.

Saving their best for last, the Saints put their collective foot on the Pies’ necks in the fourth quarter with 10 goals to complete the 154-point rout.

Yarram and Traralgon-Tyers United will meet for a second time in as many weeks in the qualifying final this weekend and the defending premiers have earned favourtism after making off with the points on Saturday, 10.14 (74) to 10.6 (66).

The Demons led at every change, their 20-point lead at quarter-time extended to 30 points at half-time.

The Bombers came back in the third with four goals to the hosts’ one to peg the lead back to 13 points.

Another three goals in the final term weren’t enough to close the gap as Yarram added two majors to run out eight-point victors.

Ben Vardy led the way for the Demons on goal and finished with four while Matt Scholz kicked two and singles went to four others.

Among the best for Yarram in the win were Griffin Underwood, Liam Farley, Chris Bruns and Shem Rendell.

In another preview of week one of finals, Rosedale will look to bounce back in the elimination final this weekend after falling to Heyfield on Saturday, 14.11 (95) to 12.10 (82).

The Roos started well in enemy territory, piling on three goals to the Blues’ one in the opening term to establish a 13-point lead at quarter-time.

The margin was widened to 19 points in favour of the visitors at half-time and stood at 14 points at the last change.

Nick Woodlands was the difference for the Roos and booted six goals in a dominant performance and was ably supported by Sam Shingles, Jesse Bedggood and Jesse Jackway who kicked two goals each.

For Rosedale, Brock Williams led the way on the scoreboard and finished with three goals while Frazar Brouns, Brad Caldwell and Will Logan kicked two each.

Daniel Missen booted five goals for the Wildcats in the win while a trio of others – Tom Crosby, Gary Jones and Tim Hendricken – each kicked three.