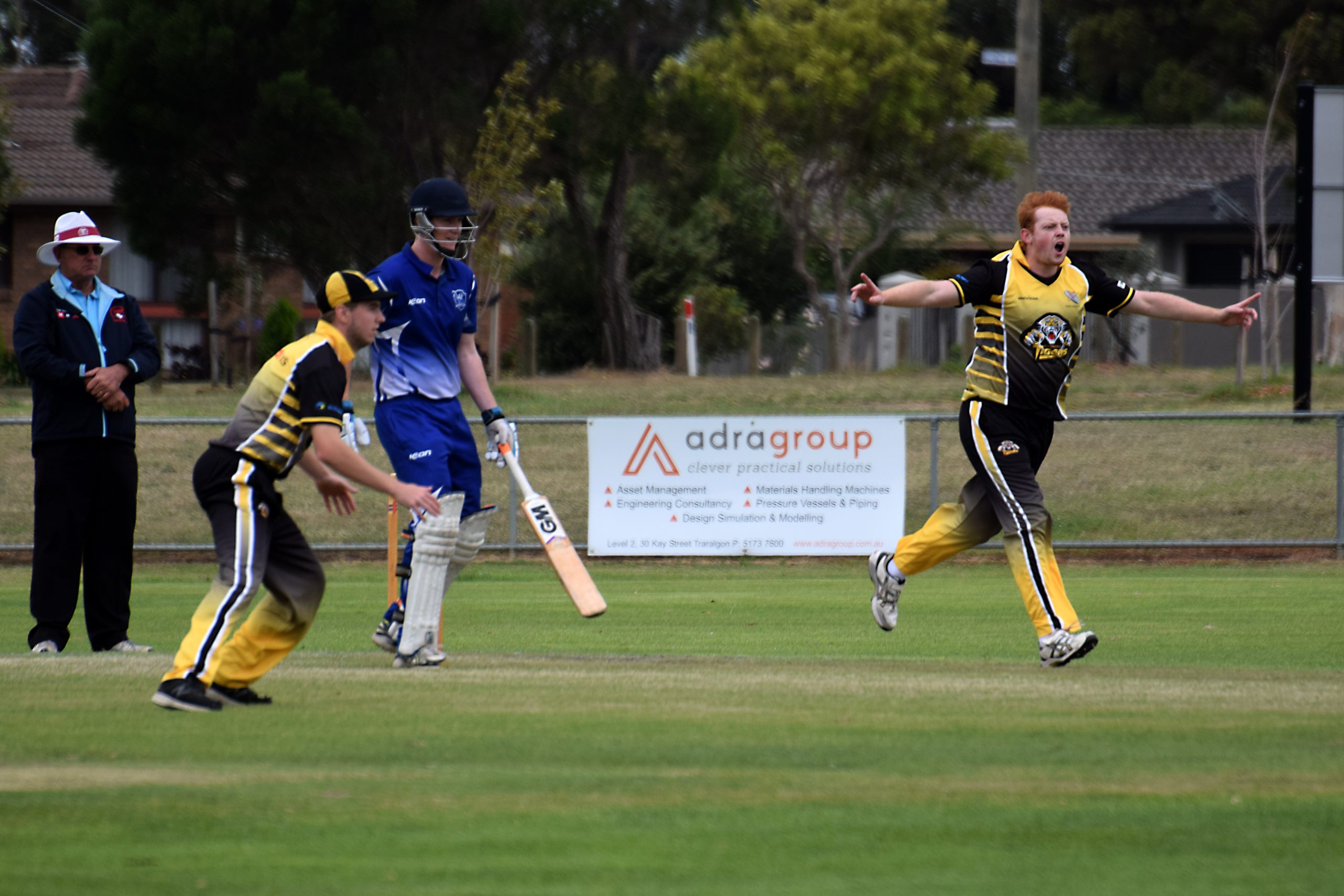 Brett Chapman starred in Round 11 with an brilliant unbeaten century for Imperials while Glengarry have puts themselves back into finals contention with a magical win over the Ex Students juggernaut.

After sending Toongabbie into bat, Imperials got on top with the Rams, restricting them to 3/38 with Mitch Bulmer claiming the scalps of openers Rob Wheildon (21) and Michael Dunn (12).

Connor Hughes batted well for 37, while star Ram Tom Shippen used all his experience to guide his side to a healthy score of 203 with a superb 73 off 57 balls including eight fours and two sixes.

Shippen earlier shared stands of 36 with Connor Hughes and 42 with Keenan Hughes (14).

Bulmer returned figures of 2/34 from his nine overs, while Joel Randall (2/44) returned late to claim the wickets of James Chalmers and Richard Hughes.

The Rams took the key wicket of Ryan Morley for seven before David Pryde (31) steadied the ship, combining for 60-run partnership with skipper Chapman.

When Imps slumped to 6/118 following a brilliant three-wicket burst from that man Shippen, the Rams cheer squad were elated.

But Chapman had other ideas and showed if you can’t get him out Imps will win.

He led his side to a magnificent win with three overs to spare in a sublime knock of 110 not out, headlined by 10 fours.

Shippen capped off a great individual day with 3/13, but it was Chapman and Imperials who left Roger Ries Oval with the points.

Glengarry produced a brilliant performance to knock-off top side Ex Students who were missing their captain Lee Stockdale on Victoria Country duty.

Ex Students batted first with Rick Battista the member of the top order to post a significant total, pushing out a tough 55 with the side all out for 127 inside 38 overs.

Jackson McMahon and Michael Stockdale both got starts, each scoring 16.

Cameron Graham continued his great season with 4/17, headlined by the prized wickets of McMahon and the resolute Battista.

Glengarry started their innings in disastrous fashion with Frank Marks out for a duck.

The side then got stuck in with Ash Hodson (16) and Hamish Busk (24) supporting Jenkin who was out LBW a run short of a half century.

Batting first, Rovers were well on their way to a 200 plus score as Justin Little (25) and Simon Duff (43) were well on top with a 59-run opening stand.

From there Rovers lost their way a little bit as the Tigers clawed back into the game.

Conner Little hit 35 as Rovers were dismissed for 184.

Luke Henderson with 3/32 was the best bowler for the Gormandale, while Jamie King and Guy Dawson each took two wickets.

An opening stand of 39 put the Tigers on track. Chris Lehner and Matt Hibbs (37) added 102 for the third wicket to keep the side on target.

Lehner continued to plug away to guide his side to victory with eight balls to spare with the batsman finishing unbeaten on 89.

In doing so, the evergreen opener lifted his runs aggregate for the season to 282, ranking him third behind Imperials duo Chapman (362) and Morley (289).