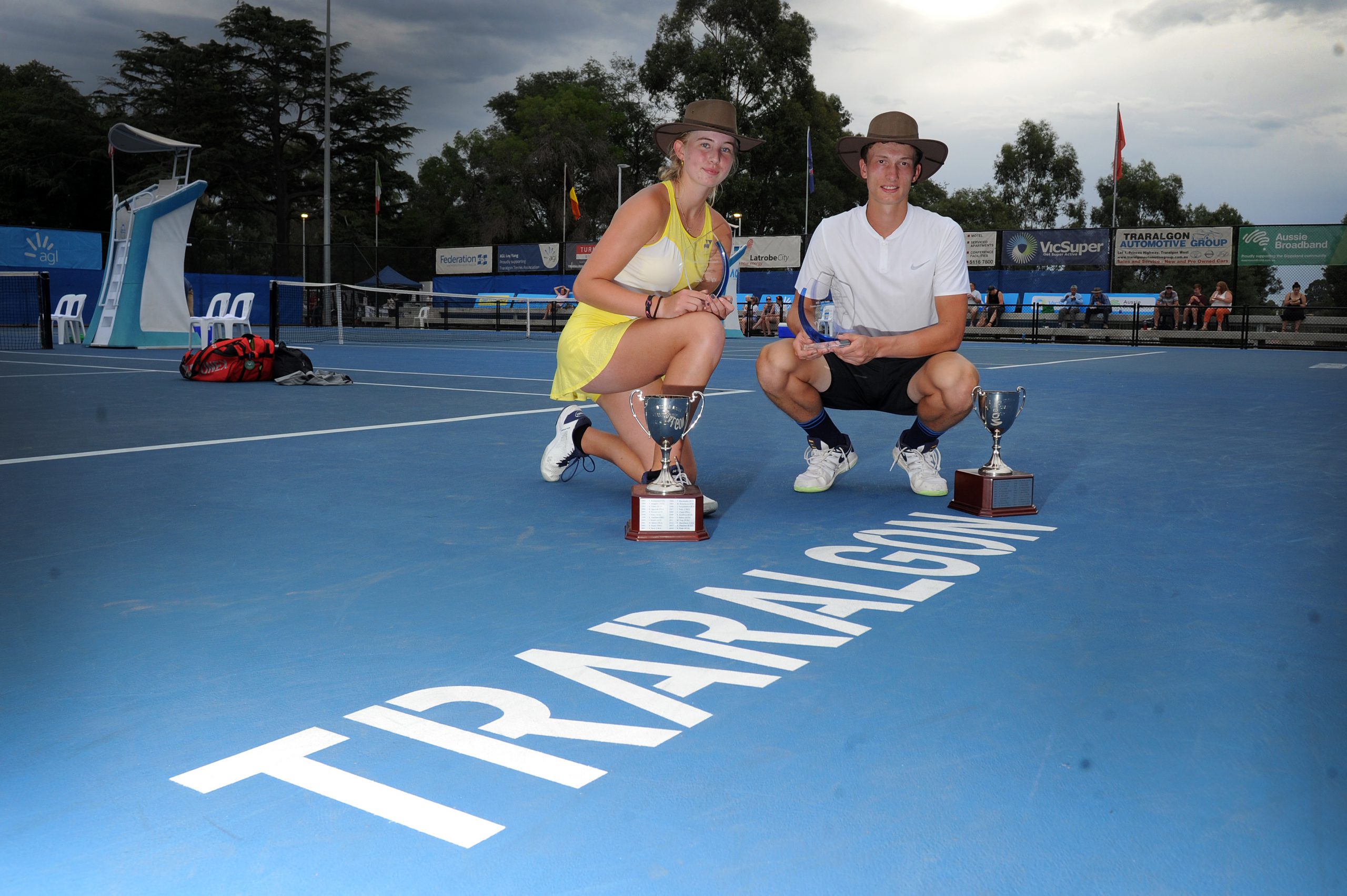 The 2020 AGL Loy Yang Traralgon Junior International gets underway on Wednesday giving spectators a first-hand look at the future stars of world tennis.

The prestigious event brings the best of the best to the Latrobe Valley with the tournament’s incredible honour roll including names such as Roger Federer, Alexander Zverev and Marion Bartoli.

The top seeds for the 27th edition of the Traralgon International will be French pair Harold Mayot and Elsa Jacquemot, who are ranked fifth and seventh in the respective boys’ and girls’ world junior rankings.

Mayot, 17, will be making his second appearance at the International after being knocked out in the quarter-final of the 2019 event.

The Frenchman has taken his game forward since then winning the junior events in Germany and Japan before telling itftennis.com, “I am playing the best tennis of my career.”

His compatriot Jacquemot has claimed junior titles in France and Canada during the past 12 months and the 16-year-old also earned a wildcard for qualifiers at the 2019 French Open where she made the second round.

The main draw, prior to qualifying, has two Australians in contention with Chen Dong in the boys’ draw and Talia Gibson in the girls’ draw.

Traralgon Tennis Association manager Susie Grumley said she was excited for the event, which has a proven track record of fostering future stars, to get started.

She is calling for the Latrobe Valley public to get out and support this fantastic event.

“Entry into the venue is free and everyone is welcome to come down and watch these future grand slam players,” she said.

“You only have to look at Alex Zverev who won the tournament (in 2014) and 18 months later he was seventh in the world.

“That’s the type of player were are getting to this event, future champions.

“Players love when the Traralgon community gets out to watch. Players, especially of different nationalities, love when spectators come to speak to them after the match in their language.

“It all makes for a wonderful atmosphere.”

The finals will be played as a twilight affair from 5pm on January 22.

There will be a food trucks serving burgers, Asian cuisine and ice cream, allowing spectators to make a night of it.

“We are really looking to the twilight finals,” Grumley said.

“It is a great chance for families to come down and enjoy the event. The players will love having plenty of people watching.”

Qualifying for the International will be played on Wednesday and Thursday with two local prospects on the waiting list if someone pulls out.

“We have two locals signing in and hoping to get into the qualifying rounds,” Grumley said.

“They are Eliza Dunbar and Alan Valenzuela, and they are really looking forward to the possibility of playing in the qualifying rounds.”

The tournament will also overlap with qualifying for the Australian Open Junior Championship, which takes place on January 16-17.