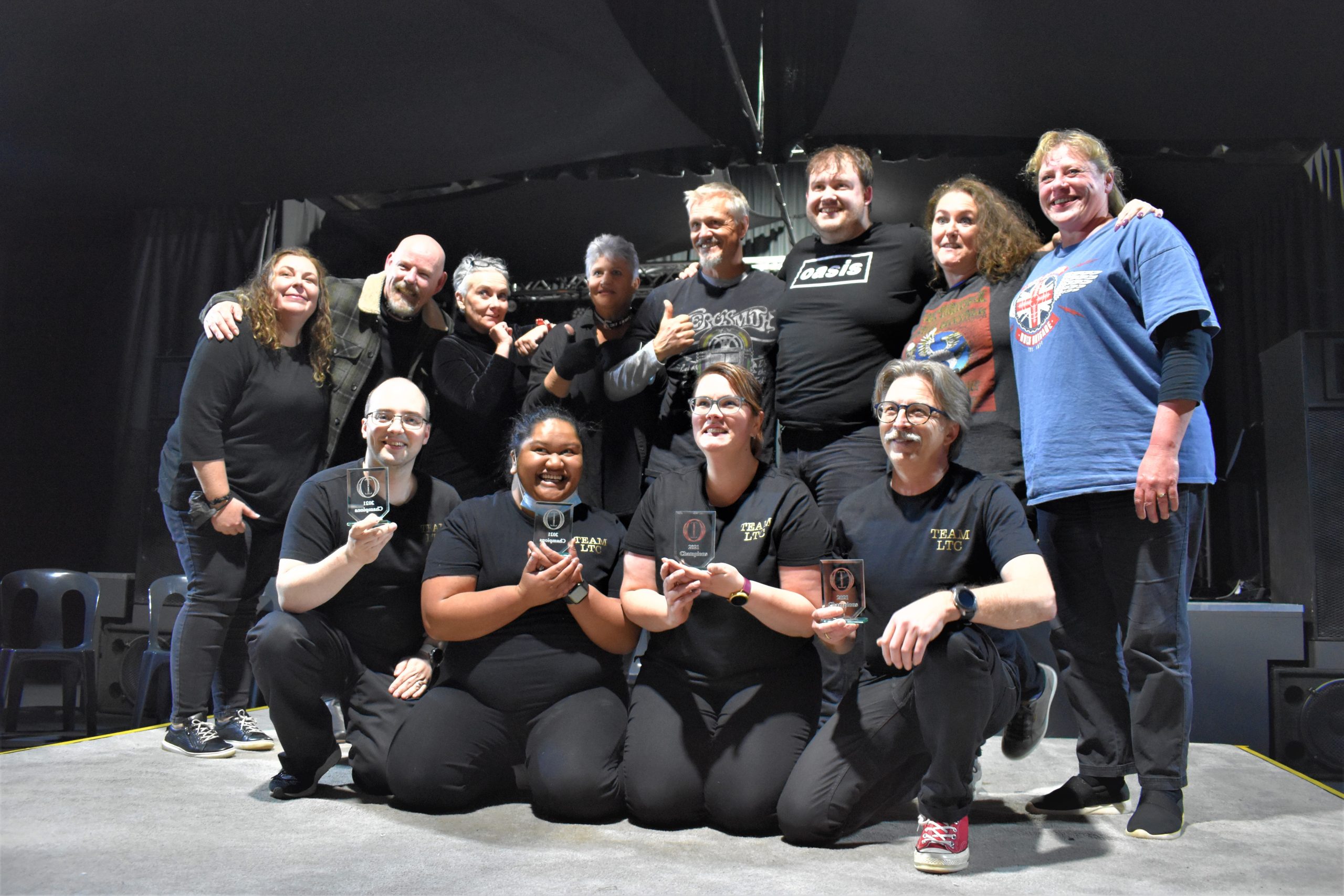 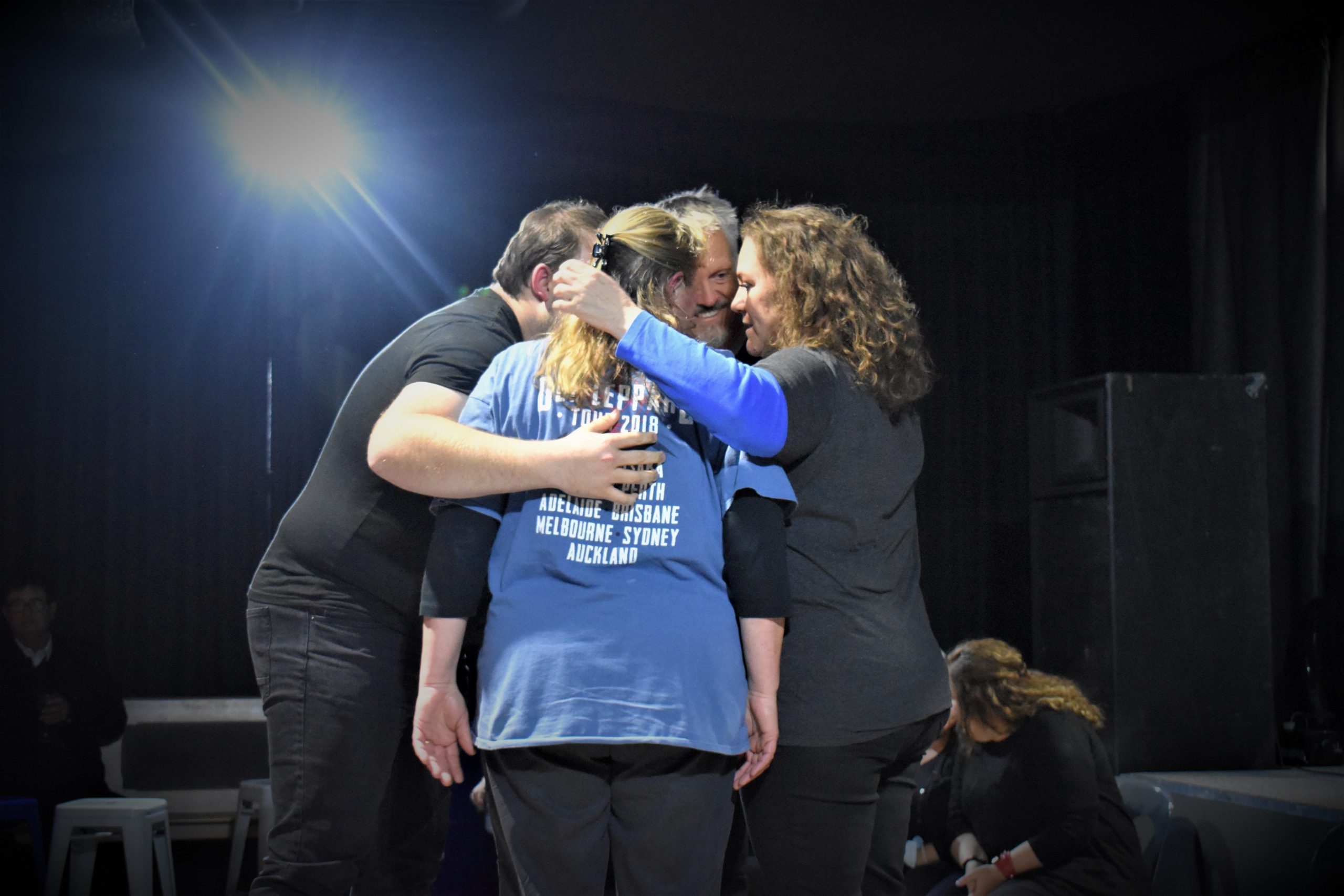 TWO of Latrobe Valley’s finest theatre companies were amongst those battling it out on stage at the Over The Tops Theatre Sports Final.

The third and final round kicked off on Friday, November 12 at Jak’s Music in Warragul, and was attended by theatre goers, community members and friends.

Presented by ‘The Magic If’, the event saw theatre companies from all over Gippsland battle for supremacy.

The final featured Latrobe Theatre Company and Moartz Inc. from the Latrobe Valley and Warragul’s Off the Leash.

Latrobe Theatre Company emerged victorious, with Moartz in second place and Off the Leash in third.

The evening was hosted by Tori Adams, who maintained high-energy throughout the show, encouraging and facilitating audience participation all night long.

In between each heat local band, the Whiskey River Collective entertained the audience with live music while Jak’s Music manned the bar.

Before the competition began, the room was thick with excitement and nervous energy.

Finally, the night kicked off with the Alphabet Game, where the performers were challenged to improvise a scene with only one catch – the first word of each sentence said had to begin with a letter of the alphabet, in the order of the alphabet.

Each team took on the theatre games with enthusiasm and humour, displaying their unique performance styles each time they took to the stage.

Teams were judged on their creativity, storytelling, fluidity, originality and teamwork, as well as their ability to operate inside the rules laid out by the judges.

In one of the final games of the evening, performers were instructed to improvise an entire song, with genre and topic dictated by the judges.

This was not only a challenge for the performers, but for musician Malcolm McCaffery, who was tasked with coming up with tunes to suit each genre as they were pulled out of a hat.

When the final scores were announced at the end of the night, Latrobe Theatre Company and their supporters erupted in cheers.

The entire team were over the moon about their win, and quickly ran up to the stage to collect their trophies.

Simon Hemming, of Latrobe Theatre Company, said the competition had been a welcome escape from the struggles of the pandemic.

“It means so much, coming out of hibernation,” he told The Express.

“It’s just been great in the midst of COVID … the sense of camaraderie just been so wonderful.”

For each theatre company, and Jak’s Music, the event was a welcome return to normality.

Many Victorian theatre companies and music venues have reported hardship during COVID, with the industry experiencing cancelled shows, online rehearsals and empty audiences during lockdown periods.

As an added bonus, throughout the performance, three visual artists were positioned around the venue, tasked with “capturing the magic” of the evening.

At end conclusion of the completion, the winning team was given the opportunity to select their favourite artwork.

Local artist Dee Ross was selected by Latrobe as the overall winner for her piece capturing Off the Leash performing onstage.

Following the event, The Magic If posted a wrap-up statement, congratulating the performers and artists on their achievements and expressing hopes
for the competition’s return in 2022.