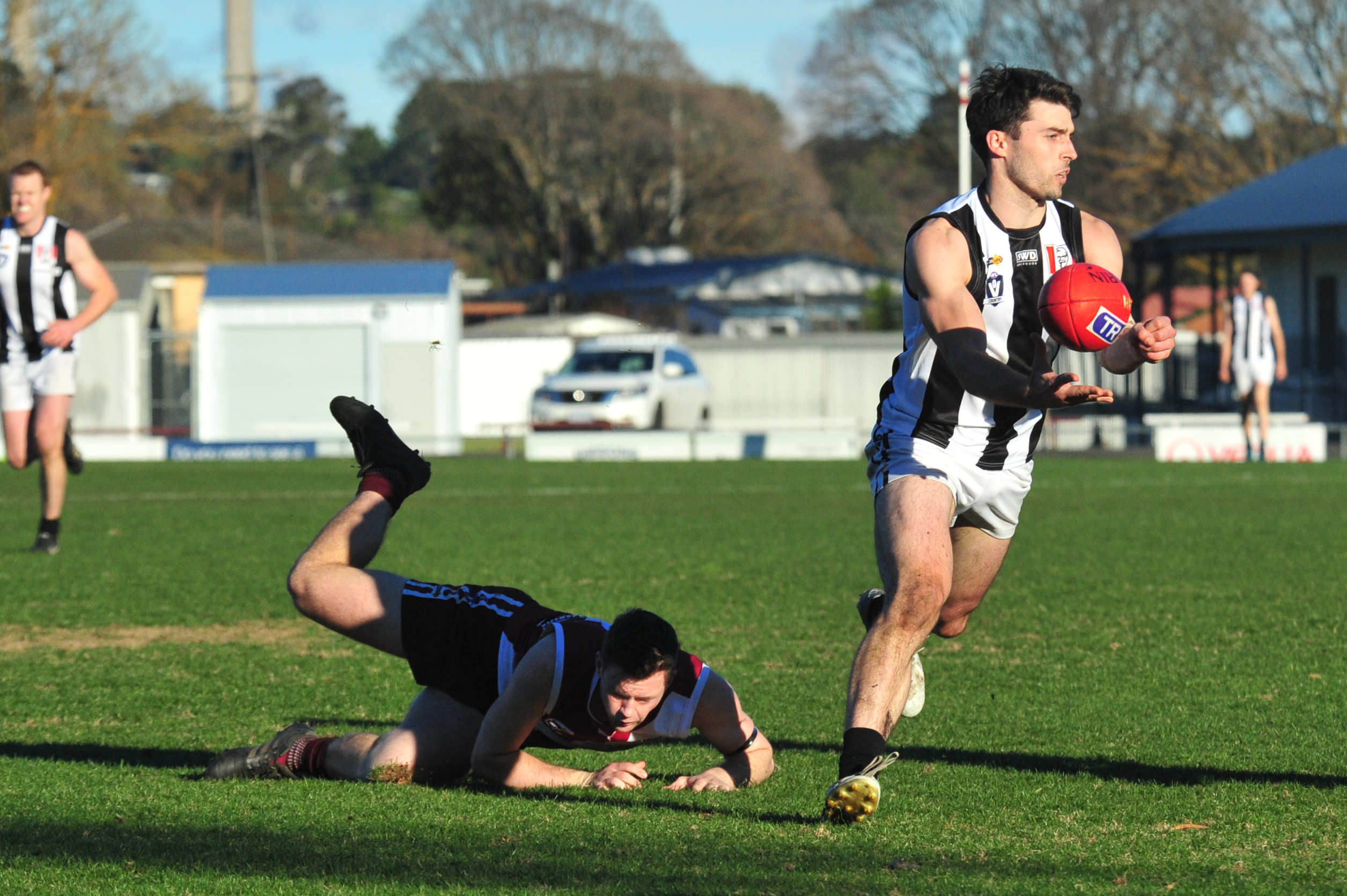 It came down to accuracy on goal for the Maroons who kicked just one behind for the day compared to the Magpies’ 14.

The visitors broke away early and established an eight-point lead at the first break which was reduced to one at half-time.

The young Maroons came into their own in the third time, piling on six straight goals to Sale’s one goal and three behinds to earn a 20-point buffer at the last change.

The Magpies had ample opportunity on goal in the final quarter but finished with three majors and four behinds from eight scoring shots to fall five points short.

Among the best for Traralgon in the win were Mark Collison, Ben Johnson, Bailey Cameron and Ewan Williams.

There was just one kick in it at half-time as the Lions’ seven-point lead was cut back to six points.

The visitors tore away in the third term with five goals and two behinds to Wonthaggi’s one goal and three behinds for a 29-point advantage at the last change.

The Lions slow down in the last term and added another three goals and five behinds to record an impressive 45-point win.

Thomas Long finished with four goals for Moe in the win while Tristan Gum kicked three and Bernie Vince and Hayden Prestidge two each.

Darnell Grech, Joel Bragagnolo and James Blaser featured in the best on ground honours for the Lions.

Goalless to half-time, Maffra overcame the slowest of starts and mounted a late comeback to overrun Morwell on Saturday, 7.12 (54) to 3.9 (27).

Both sides failed to register majors in the first term and it was the Tigers who broke the deadlock in the second with the first of their three goals for the term to lead by 16 points at the main break.

It took the Eagles until the four-minute mark of third term to score their first of the day through Andrew Petrou.

Another goal and three behinds were scored to Morwell’s four behinds to give Maffra a five-point lead at the last change.

Maffra piled on a rush of five goals in the last term to the Tigers’ two behinds to run out 27-point winners.

Petrou was the only multiple goal scorer for either side and finished with two.

Among the best for the Eagles in the win were Kade Renooy, Ed Carr and Danny Butcher.

The Redlegs asserted their authority early and bolted out to establish a 12-point lead at the first break.

The margin was extended to 35 points at half-time as the Hawks were left to rue missed shots on goal with one major from seven scoring attempts.

The home side kept the visitors at arm’s length for the rest of the day, finishing the third term with a seven-goal lead.

Shaun Wyatt kicked five goals for Bairnsdale in the win while singles went to 10 others.

Sam Clebney and Tom Barr kicked two each for Drouin.